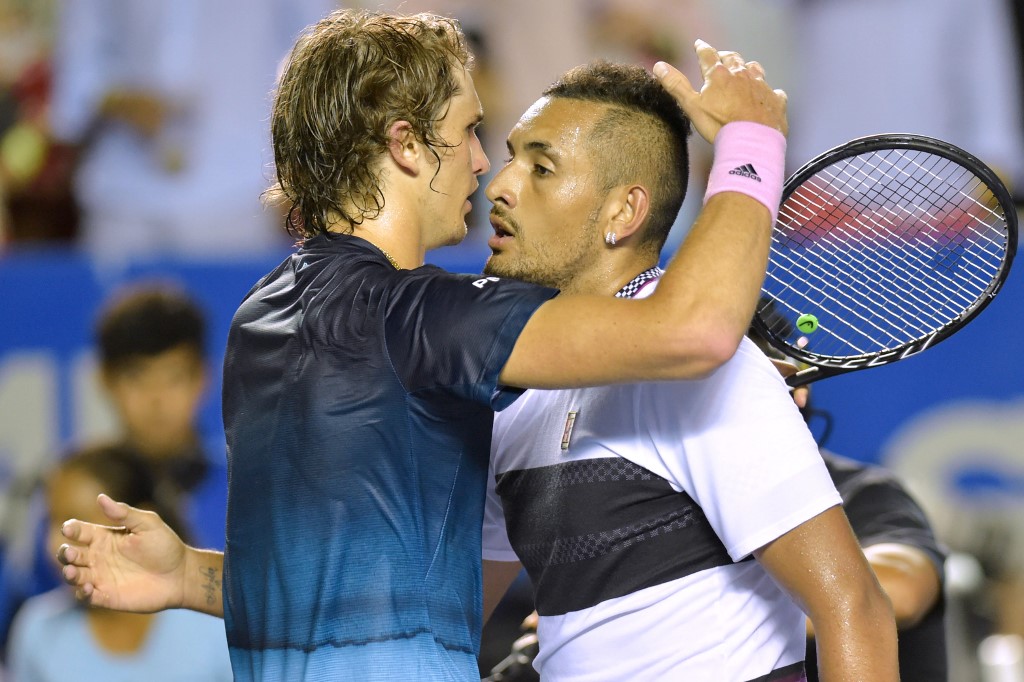 BERLIN, Germany – The eagerly-awaited showdown between under-fire Alexander Zverev and Nick Kyrgios, who blasted the German as “selfish” for partying just days after a coronavirus scare, was canceled on Wednesday, July 8, after both men withdrew from an exhibition event in Berlin.

Both men were slated to join world No. 3 Dominic Thiem at the men’s and women’s tournament from July 13-19 in the German capital.

“I was planning this month to play in Berlin, but I have made the decision to stay put and train with my team and not play any tournaments at the moment,” Zverev, ranked 7th, wrote on social media.

“It’s never nice to miss the chance to play at home, but I will be back soon,” added Zverev who said ex-pro David Ferrer has joined his coaching team on a trial basis.

Kyrgios, ranked 40th in the world, is also out amid travel concerns from Australia, where the coronavirus pandemic has worsened with Melbourne back in lockdown.

“When we got Nick Kyrgios involved in May, this development wasn’t to be expected,” said tournament director Edwin Weindorfer.

The Austrian added he is struggling to replace Zverev and Kyrgios, two of the biggest draws to the Berlin tournament.

“Time is extremely short, but we will do everything we can to find possible last-minute options.”

News of the Berlin withdrawals comes after Kyrgios launched a controversial verbal assault on Zverev and Thiem.

“How selfish can you be?” Kyrgios wrote on Instagram at the time in response to Zverev’s party.

On Wednesday, Kyrgios accused Thiem of not being on the same “intellectual level” after the Austrian called his criticism “cheap.”

He claimed it was “bad luck” that Zverev was caught partying after promising to self-isolate. (READ: ‘What are you talking about?’ Kyrgios blasts Thiem in virus row)

Zverev said on Wednesday he has returned a third negative test result for COVID-19.

In the women’s event in Berlin, France’s Caroline Garcia has dropped out with a foot injury and will be replaced by Latvia’s Anastasija Sevastova. – Rappler.com