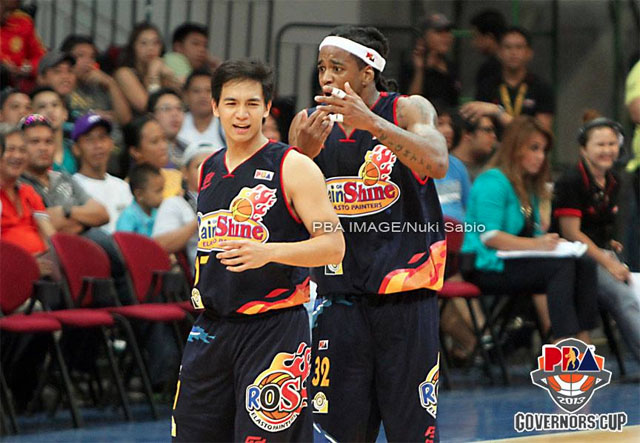 The Best: Just when we think we’ve got Arizona Reid all figured out, he drops 39 points, 19 rebounds, and 4 assists on the Air21 Express. The South Carolina native struggled in ROS’s last two games (both losses), shooting a combined 37% from the field, but he regained his shooting touch here, making 17/26 field goals. That’s a 65% success rate right there.

The Worst: In contrast, Air21’s Zach Graham shot just 36% from the floor, finishing with 18 points. That’s not exactly a bad thing, but, in the PBA, when a team’s import is outgunned by the opposing team’s by more than 20 points, well, that certainly not something to write home about. Does this mean Graham is on his way out? Not really. I mean, I don’t think anybody short of an NBA All-Star can save the Express at this point anyway.

Fina-Lee: Finally someone started hitting threes for coach Yeng Guiao. Yes, the Painters collectively still shot poorly, but at least Paul Lee made 3/4 from beyond the arc. The Lee-thal Weapon finished with 19 points on top of 6 assists and 3 rebounds in a great display of quarterbacking. And that’s with the former Red Warrior playing under 30 minutes to boot.

The Best: This wasn’t exactly the most fun game to watch. I mean, the winning team shot a paltry 34% from the field. If that doesn’t ring strange to you, then you’re not a basketball fan. Here’s what I loved about Petron, however — they played terrific defense. The Boosters had 11 steals in this game and forced 22 SMC turnovers. These TOs were then converted into 19 points by Petron. This is now the 4th straight win for coach Gee Abanilla, and all indications point to even better things to come.

The Worst: San Mig Coffee actually shot much better from the field than the Boosters. The Mixers also had more assists and blocks, and they had a higher clip from rainbow country. Marqus Blakely was great with 25 points on 69% FG shooting on top of 14 rebounds. Marc Pingris was also productive with 12 rebounds and 3 blocked shots. But, hey, even these guys cannot win with their anemic free throw shooting. As a team, SMC shot 11/22 from the line, which is good for just 50%. In contrast, Petron shot 20/26. That’s 9 less FT makes for the Mixers in a game they lost by 6. Simple math.

Big Man Battle: Hands down one of the best plays of this match was Marc Pingris stuffing the dunk attempt of Gilas teammate June Mar Fajardo. Wow. Great to see these guys really giving it their all even when against each other. Pingris put up great stats, but so did June Mar. The former CESAFI big man was limited to 3/11 FG shooting, but he did collar 11 boards and sent back 3 SMC shots. Not bad for a rookie by any standard. – Rappler.com