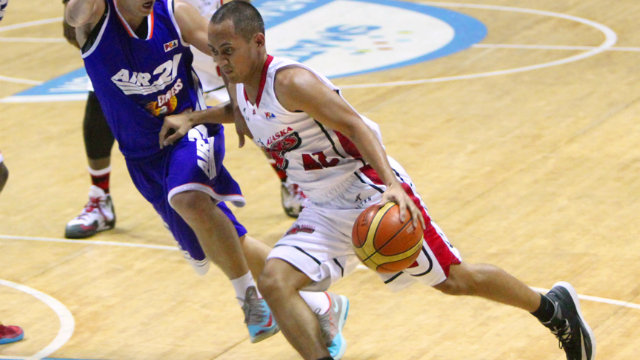 The Best: From the looks of it, the Alaska Aces might just be finding their groove at the right time. The defending champs utilized a strong finish to outgun the erstwhile streaking San Miguel Beermen, 89-78, in the conference’s first out-of-town game in Biñan, Laguna. Coach Luigi Trillo’s wards scored the final 13 points of the game en route to their third win in six games. The Aces have won their last two assignments after going 1-3 to start the Commish Cup. Not surprisingly, Rob Dozier, the reigning Best Import of the conference, had a monster game, dropping 20 points on 5/9 FG shooting and a flawless 10/10 effort from the stripe. He also grabbed 21 rebounds, had 1 steal and blocked 1 shot.

The Worst: The starting backcourt of Chris Ross and Marcio Lassiter have been playing well for San Miguel Beer this conference. That is, until this game, where both of them combined to shoot a barf-worthy 2/21 from the floor. This after Ross has been averaging more than 12 points in his last three games. As for Lassiter, this was his first time to fall short of the double-digit scoring mark. They also combined for 5 of SMB’s 16 turnovers.

Clutch Shooting: With Alaska down, 76-78, after a drive from Sol Mercado, Dozier, Cyrus Baguio and JV Casio combined to spark the victory-clinching windup. Baguio and Casio each hit a three and Dozier hit two freebies as the Aces retook the advantage, 84-78, and cruised the rest of the way. Baguio and Casio paired up to shoot 5/8 from beyond the arc on their way to a total of 29 markers. Casio also defied conventions by hauling down 9 boards. RJ Jazul and Gabby Espinas, meanwhile, came off the pine to score 10 points each. – Rappler.com