What PH Volcanoes must do to keep rugby dream alive 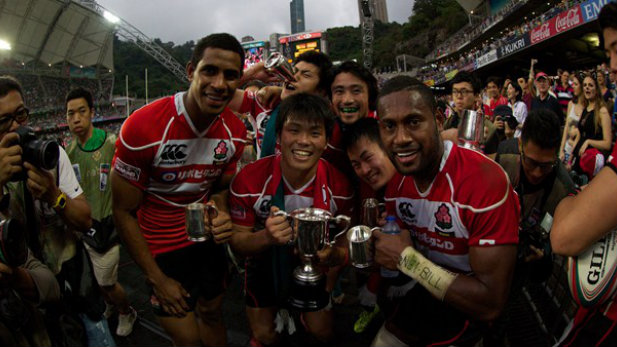 Japan has now reached the pinnacle of World Sevens rugby. They will be a regular on the IRB circuit playing in every tournament of the 2014/15 series with likes of New Zealand, South Africa and Fiji.

This is good news for the Philippine Volcanoes and for Asian rugby in general. It was only recently that the Volcanoes pushed the Asian champions to the limit, going down 17-7, in the Rugby 7s World Cup qualifying semifinal. There’s no doubting that the Volcanoes have the potential to be on the world circuit.

Also with Japan’s promotion, it will mean they cannot send their strongest squad to all the tournaments in the Asian 7s Series giving the Volcanoes a better chance of qualification to the next stage.

However, in reality, the Volcanoes have slipped a long way since qualifying for the Rugby 7s World Cup last year. They finished a disappointing fifth in the 2013 Asian 7s Series behind Japan, Hong Kong, Sri Lanka and South Korea.

The Philippine Rugby Football Union (PRFU) and Philippine Sports Commission (PSC) are banking on a medal at Asian Games. But on recent form this seems unlikely. Quite simply, the Volcanoes were only the best of the rest as they failed to beat any of the top 4 teams in all tournaments last year.

The Volcanoes have the talent to climb above the pack, but something is not quite right. Inconsistent team and individual performances, the inability to close out games along with player selection and staff management issues are holding back the team.

The PRFU has also failed to attract a substantial headline sponsor for 2014. In the past few seasons, the team has been abandoned by Bench, Globe, Head & Shoulders and Fila. The Volcanoes need the corporate dollars to strengthen the program and to start winning at this level. But sponsors want to see victories first. Another chicken-and-egg dilemma!

The Volcanoes need to make it to the world stage. This will ensure greater exposure to attract corporate sponsors. This will in turn allow for greater local development along with attracting Filipino talent spread across the globe. 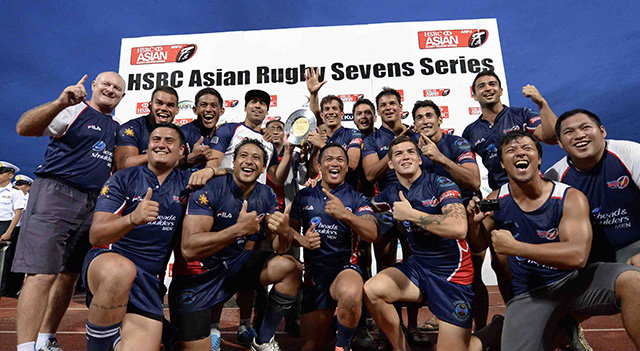 The governing body of world rugby, the International Rugby Board (IRB), has ensured there is a clear and definite pathway for all countries to reach the world stage.

Currently, the HSBC Sevens World Series is made up of 15 core teams.

The consistently strong performers are New Zealand, South Africa, Fiji, England, Australia and Samoa. At the next level are Wales, Argentina, Kenya, France, Canada, Scotland and USA. The teams struggling at the bottom are Portugal and Spain.

There are 9 tournaments played throughout the year. So far seven have been completed in Australia, UAE, South Africa, USA, NZ, Japan and Hong Kong. The two remaining will be held in Scotland and England.

The bottom placed team after the final round in England will be relegated to the regional qualifiers. In all likelihood it will be Spain that makes way for Japan. At the other end, it looks to be a close finish between New Zealand, South Africa and Fiji for the World Sevens crown.

The qualifying tournament is held at the Hong Kong leg of the tour every year. It is made up of 12 teams, the top two qualifiers from each region.

These were the representatives at the last tournament: Africa (Tunisia and Zimbabwe), Asia (Hong Kong and Japan), Europe (Italy and Russia), Oceania (American Samoa and Cook Islands), North America & Caribbean (Barbados and Trinidad & Tobago) and South America (Chile and Uruguay).

This puts into perspective the enormity of Japan’s win. To advance onto the world stage against such quality opposition was no mean feat. It also shows the difficult path faced by the Volcanoes to reach the summit.

In a nutshell, the Volcanoes must place top two in the Asian 7s Series followed by a win in Hong Kong tournament against the other eleven countries representing the other regions.

2014 represents the best chance for the Volcanoes to qualify for Hong Kong and eventually on to the world stage. But some changes need to be made if the dream is to stay alive.

First is the issue of consistency. The Volcanoes were knocked out at the quarterfinal stage at every tournament last year. The two Plate Division wins were of little consolation as they were never serious contenders to progress to the next stage. The team was brilliant in patches. An overall top two finish can only happen with hard work over the entire series.

Individual players are also failing to perform consistently. Many players are no longer playing top-level rugby week to week. Some have failed to find new contracts; some are occupied with other professional work. But whatever the reason, it’s obvious that tackles are being missed, players are half a step slower and passes are not finding the mark.

All the countries who are serious about Sevens Rugby have set up specialist programs to train their athletes full time. Often times they are linked to the Olympic Committees of each country as Sevens Rugby is now back as an Olympic sport.

The PSC is to be commended for handing the PRFU automatic entry into the next Asian Games. Upon their return it is imperative that the two organizations work together to set up a full time Sevens Rugby program to ensure the Volcanoes are not left behind.

This will solve the second issue: fitness and endurance. The Volcanoes lost a number of games at the death last year including quarterfinals against South Korea (26-21) and Sri Lanka (12-5). At the last tournament of the year they were within seconds of beating Sri Lanka until their oldest player ran past four Volcanoes to score the match winner.

Fitness is a massive component of Sevens Rugby. A full time dedicated program will ensure the Volcanoes are tougher at the back end of the game. There is no doubting the Volcanoes are the most skillful and rugby savvy players on the tour. They are being beaten by less talented players but more cohesive and fitter teams.

This leads us to the third issue regarding player selections and management problems. Currently there seems to be a lack of creativity in the team. Size and speed are not lacking that’s for sure but the Volcanoes need a playmaker in the center of the field who can create more attacking opportunities.

The players have also felt the absence of master coach Al Caravelli. Training sessions, which are often run by players who have previously played under him, lack the effectiveness of his presence. His tactical and analytical sharpness are crucial during tournaments when coaches have only a matter of hours to tinker the game plan. Current coach Matt Cullen is doing a good job despite the challenges.

Volcanoes 7s captain, Jake Letts, admitted it was a frustrating campaign in 2013 being unlucky in so many close games. He added, “some injuries to players didn’t help our cause and with Andrew Wolff and Chris Hitch unavailable for some tournaments we weren’t as competitive at the breakdown.”

Letts was positive about the future of Sevens Rugby. He is predicting a strong performance at the Asian Games and a top two finish at the Asian 7s Series in order to qualify for Hong Kong.

Have a look a the following video of all the action from the recent HSBC Sevens World Series qualifying tournament in Hong Kong. The Volcanoes have the talent to be on the world stage.
– Rappler.com