End of an era: Go Teng Kok steps down as PATAFA head 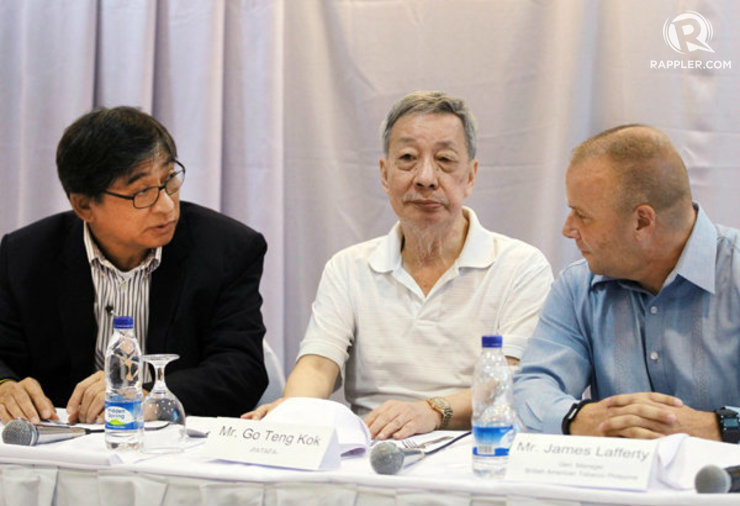 MANILA, Philippines – Marking an end of an era in local athletics – and perhaps in Philippine sports as well – Go Teng Kok stepped down on Friday, July 25 after 24 years as president of the Philippine Amateur Track and Field Association with former Philippine Sports Commission chairman Philip Ella Juico elected to the PATAFA top post.

Juico was unanimously named to the position by the new 10-man PATAFA board, whose members were elected by 25 of the 34 regional directors present at the polls held at the Orchid Suites Hotel, a stone’s throw away from the historic Rizal Memorial Sports Complex in Manila.

“Mr Go is irreplaceable, but I’m an upgrade,” quipped Juico of his often controversial predecessor, who won by acclamation in 1990 when he replaced the late Philippine Olympic Committee president and former Surigao del Norte Gov. Jose Sering.

“I know that PATAFA and athletics is in good hands with Juico as the president,” responded Go.

The election pushed through despite the absence of a POC observer after POC president Jose Cojuangco Jr. said last Thursday that PATAFA failed to meet the POC’s requirements regarding its voters’ list based on the association’s constitution and by-laws.

Without the blessings of the POC, PATAFA won’t be able to get support from the PSC, the government sports agency that provides most of the funds for training and sending of national athletes to international competition.

Under a mutual agreement between the two bodies, only POC-recognized National Sports Associations can receive assistance from the PSC.

Juico, however, said that these “issues will be resolved,” disclosing that the POC was already aware of his election.

In a text message, POC first vice president Joey Romasanta said that “the POC anxiously awaits Mr. Juico’s moves to steer it in the proper direction.”

In a separate interview, Romasanta said that the POC would await the documents regarding the political exercise “and we will take the matter up with the POC board.”

Rodriguez, a former Bureau of Immigration commissioner, said that he “would personally take the matter of the PATAFA election with the POC and PSC, and bridge the gap among us since we only want harmony in sports.”

Singaporean Asian Athletics Association secretary general Maurice Nicholas, who was invited by Go to observe the proceedings, noted that “everything went smoothly and we found nothing wrong with the election.”

He did not mince words about the perceived meddling of the POC, saying “National Olympic Committees should have better sense than interfere in the affairs of a sports association. It has other things to do.”

Juico said that he and the PATAFA board would meet soon to draw up a master plan for local athletics while reiterating his stand on soliciting support from private sponsors so as not to be overly dependent on the PSC.

Among PATAFA’s patrons is American James Lafferty, chief executive officer of the Philippine affiliate of the British and American Tobacco Corp., who has made multi-titled long jumper Marestella Torres a protégé.

On the other hand, Go, 71, said that he would retire quietly into private life after over two decades of being in the sports limelight, and who often found himself embroiled in controversies outside his athletic turf.

He nearly died in 2003 when he was shot point blank inside his car early in the morning by an unidentified gunman just outside the PATAFA office located at the Rizal Memorial Stadium.

The bullet went through his right cheek disfiguring his face, but he managed to survive the assassination and saw his track and field athletes stamp their class in international meets.

Known as “GTK’s Army,” Filipino track and field bets won six gold medals in the 2013 Indonesia Southeast Asian Games, the most by any team in the sportsfest.