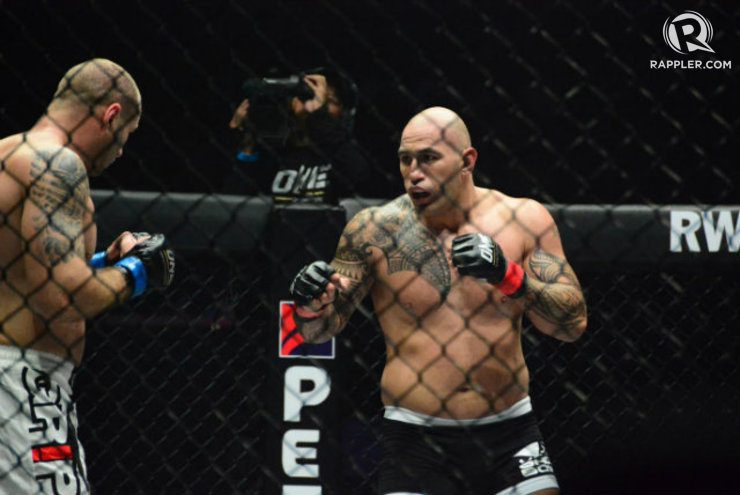 Facebook Twitter Copy URL
Copied
Former UFC star Brandon Vera made a successful debut in the ONE FC, knocking out Igor Subora in one round at the Warrior's Way event

MANILA, Philippines – Filipino-American fighter Brandon Vera pulled off a successful promotional debut for ONE Fighting Championship (ONE FC) as he thwarted Ukrainian heavyweight Igor Subora in the main event of the “Warrior’s Way” fight card on Friday night, December 5 at the SM Mall of Asia Arena in Pasay City, Metro Manila.

Vera dropped a stunned Subora with a left straight and then finished it off with soccer kicks to compel referee Yuji Shimada to halt the action at the 3:54 mark of the first round.

The 37-year-old “Truth” made the statement that he was not yet done in the sport as he rocked Subora early on with a head kick out of nowhere and then clinched to clobber with thunderous knees to the head and body. 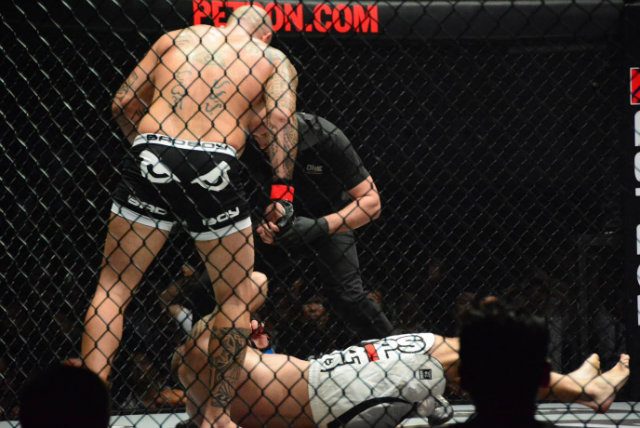 Subora, who was clearly hurt from the initial attack from Vera, rallied back by relying on his signature punching prowess, landing left hooks and right straights on his opponent.

The 6-foot-3 slugger was able to deliver a hard right hook, but Vera had spot an opening to smack a crushing left straight that sent Subora crashing down to the floor.

Vera wasted no time to hit three soccer kicks to score his eighth knockout in his prizefighting career.

With the impressive victory over Subora, Vera ends his two-fight losing skid and returns to the winner’s column with an improved professional record of 13-7, 1 NC.

Vera parted ways with the Ultimate Fighting Championship this past June to ink an exclusive contract with Asia’s largest mixed martial arts organization.

According to Vera, his eyes are set on the future, which is claiming the inaugural ONE FC heavyweight championship.

“I’m willing to climb the ladder and take on anybody just to be the first ONE FC heavyweight champion,” Vera said in his post-fight interview.

On the other hand, Subora downgrades his standing to 5-2 and tastes his first loss since yielding to Pete Brooks under the Ultimate Realty Combat Championship in October 2009.

Nastyukhin turned the lights off on Folayang with a flying knee and then nailed two soccer kicks on the ground to coerce referee Yuji Shimada to stop the contest at 3:11 of the first round.

Folayang received a crushing overhand right and brusque head kick from Nastyukhin in the opening moments of the first frame, where he was completely hurt.

The 31-year-old “Landslide” tried to counter by launching a missed spinning backfist and then scoring a side kick to the chest of Nastyukhin.

Folayang caught Nastyukhin again as he threw a foot-strike to the body, but the latter remained composed and waited for the right time to land a humiliating knee to the head. 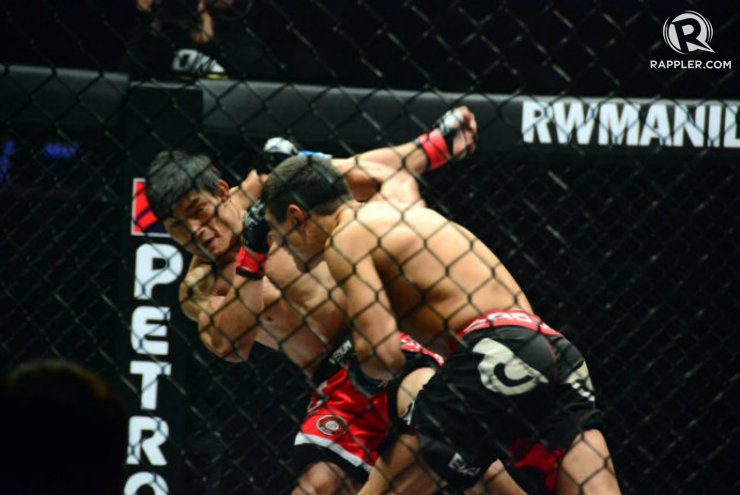 Nastyukhin immediately followed Hunt on the mat with short punches and then bashed two fight-ending soccer kicks to the head.

With the loss to Nastyukhin (8-1), Folayang snaps his two-match winning streak and downgrades his professional record to 14-5.

The cat-like reflexes of Burns were evident early on as he easily latched on a guillotine hold in the opening moments of the first round before placing himself behind Banario for a rear-naked choke.

Battling for leverage on the mat, Burns wasted no time fastening a body triangle to secure his position on Banario’s back.

A defenseless Banario gave Burns another opportunity to lock a rear-naked choke, but he tried to defend and remove the dangerous submission strangle by throwing soft punches and pulling his guard.

However, Burns found a loophole and then tightly gripped the neck to give Banario no alternative but to call the attention of referee Olivier Coste to halt the action at 3:57 of round one.

With the disappointing setback to Burns, Banario extends his losing skid to four bouts and has not tasted sweet victory since capturing the inaugural ONE FC featherweight belt against Eric Kelly in February 2013.

Despite the losing efforts of Folayang and Banario versus their respective foreign opposition, Kevin Belingon (13-4) battered Japanese contender Koetsu Okazaki (10-4) in three rounds of their bantamweight showdown en route to a lopsided unanimous decision victory.

After an extensive feeling out period between the two combatants in the first round settled in, Belingon rocked Okazaki with a left hook and then delivered a head kick to send his opponent crashing down to the floor.

The 27-year-old “Silencer” was on the driver’s seat the entire second stanza as he dazed Okazaki with crisp jabs and thunderous leg kicks.

A stunned Okazaki was compelled to trade toe-to-toe with Belingon, but the latter did not go easy with him as the Wushu practitioner smacked a well-timed, spinning kick to the midsection.

Belingon continued the onslaught in the third round as he repeatedly clobbered a spinning foot-strike to the body and then shocked Okazaki with a lashing leg kick and follow-up head kick.

Okazaki scrambled to mollify his cage counterpart’s firepower, but Belingon ended on top position, where he wore out the Japanese with vicious elbows.

In the dying minutes of the aforementioned period, both men stayed on the canvas, where Belingon capitalized to hit with heavy punches to the ribcage.

After the fight, Belingon expressed his desire to have a rematch with Dae Hwan Kim, who submitted him with a first-round rear-naked choke in a title eliminator eight months ago.

“Of course, I want to fight him again. He defeated me in March, and my aim is to avenge that loss,” he said.

The other Filipino fighter who tasted defeat on the ONE FC: Warrior’s Way card is Rene Catalan, who was knocked out by Thai kickboxer Dejdamrong Sor Amnuaysirichoke with a knee to the body in the first round. – Rappler.com