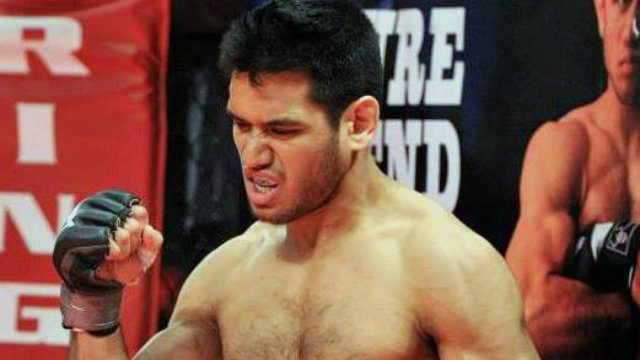 MANILA, Philippines – After five years of wandering outside the confines of the Ultimate Fighting Championship (UFC), Filipino-American fighter Phillipe Nover will make his return to the organization as he is booked to face Yui Chul Nam in a three-round featherweight tussle at UFC Fight Night 65 on May 16.

Aside from his Octagon comeback, Nover will be having his second stint with the world’s premier mixed martial arts (MMA) promotion at its first live event in the Philippines.

I'm back in the UFC and I'll be fighting on the UFC Manila card on May 16th. Thanks for the support guys!

The 31-year-old Nover (10-5-1) gained prominence in 2008 when he joined season eight of The Ultimate Fighter reality television series as a lightweight contestant.

Nover forced Joe Duarte to wave the white flag with a rear-naked in the preliminary round of the show before using the same submission hold on Dave Kaplan in the first phase of the tourney.

Nover was able to get a slot in the finale by coercing George Roop to tap with a Kimura lock in the semi-final round, but the Filipino fell short in his bid to become The Ultimate Fighter winner as he dropped a unanimous decision to Efrain Escudero.

Renzo Gracie’s highly-touted pupil eventually received a UFC contract after his decision setback to Escudero, but his next two outings also resulted in losing efforts.

Due to his disappointing three-fight losing skid, he was released from the MMA league in February 2010.

The 5-foot-9 fighter from Brooklyn, New York revitalized his prizefighting career by making sporadic appearances in different organizations such as Bellator MMA and Ring of Combat.

Nover has piled up three-consecutive victories, which includes a lightweight title-winning performance in Ring of Combat.

On the other hand, Nam (18-4-1) made a successful UFC debut in March of last year when he defeated Kazuki Tokudome via split decision.

Prior to entering the UFC, the 33-year-old “Korean Bulldozer” was riding high on a four-fight winning streak in Road FC, where he also held the lightweight championship belt.

UFC Fight Night 65, which takes place at the 20,000-seater SM Mall of Asia Arena in Pasay City, Metro Manila, is headlined by a featherweight super-fight between Urijah Faber and Frankie Edgar.