Jordan Clarkson on his Filipino heritage: ‘It’s why I play’ Facebook Twitter Copy URL
Copied
Jordan Clarkson, whose mother is Filipino, can't help but feel at home in his first visit to the Philippines

MANILA, Philippines – As Jordan Clarkson was surrounded by fretting members of the media that were throwing questions every opportunity they could, the theme of the 15-minute conversation quickly veered from talks about the Los Angeles Lakers or Kobe Bryant.

Rather than discussions of “the future of Los Angeles” or Bryant’s upcoming “retirement,” biggest, most impactful words came from the Laker rookie himself: “us” and “we.” 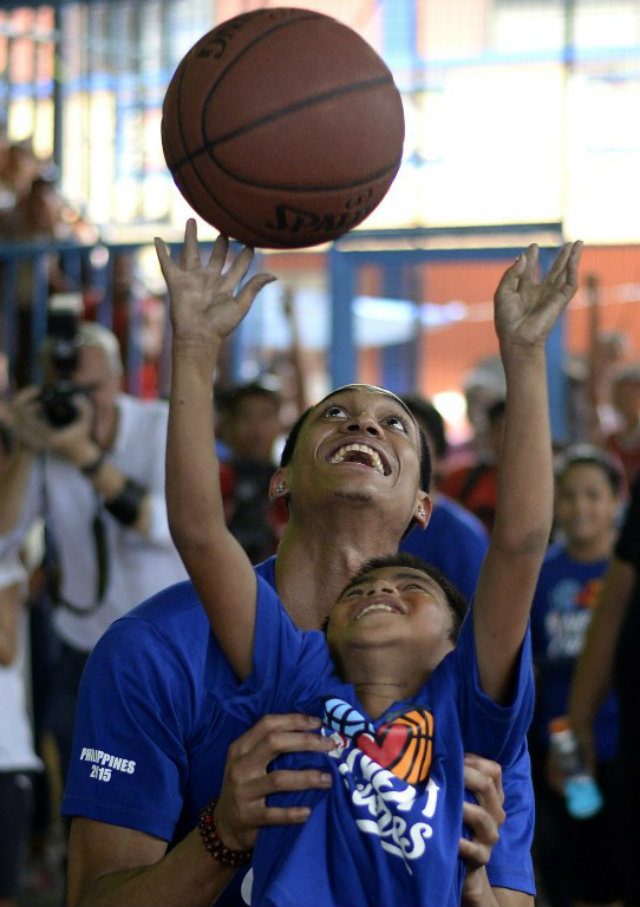 But Clarkson, a member of the NBA’s 2015 All-Rookie First Team, wasn’t referring to the colors of purple and gold that have gathered millions of loyal fans spanning across decades in NBA history.

The guest of honor at the NBA Store in Glorietta 3 on Saturday afternoon, May 23, was talking about the millions of people in this country and many more across the world that share Filipino heritage.

His first-year performance projects him to be a reliable rotation player in the NBA for years to come, with possibly a few All-Star appearances possible to turn him into a household name in Hollywood.

Despite stepping foot for the first time in his mother Annette’s ancestral homeland, Clarkson couldn’t help but feel like he’s in his second home.

“It means a lot. It’s kind of why I play,” the 22-year-old said of his Filipino heritage. “I don’t play for myself anymore. I play for us and my family, and my teammates. It’s great, man. I love the support.”

The support was on full display early Saturday morning, when Clarkson along with Utah Jazz point guard Trey Burke and 4-time NBA Champion Horace Grant visited a basketball court in Maginoo Street, Tondo, Manila, to conduct a basketball clinic for hundreds of kids.

Each participant from Project Pearls was in jubilee whenever Clarkson would teach them proper shooting and dribbling forms. Later on, all of their eyes were on him as he threw down one slam dunk after another, with loud cheers following each.

When the clinic concluded, nearly all rushed to the Laker for pictures or a high-five. After the event, the emotional Clarkson expressed his emotions on social media.

Omg that was one of the best experiences of my life, this is amazing, we are really blessed thank you @nba_philippines #nbacares

Count your blessing man, I love this place it's so much REAL love here amazing so happy to touch so many people.

“Today, at the camp, when we ran that clinic, it was awesome, man. I want to do that again. That’s been the best part about being over here, with all the stuff that we did yesterday and today, that’s still been the highlight of my visit,” Clarkson told the media a few hours later at the NBA Store. “It’s just crazy, man, how much affect basketball has on people out here. To see that kind of support and see how many people show up, you know, even the kids, how hard they were going and working, it was just a good feeling, man, it was great.”

Clarkson says that a return to the Philippines is something he plans for the future, with more camps in the horizon. – Rappler.com