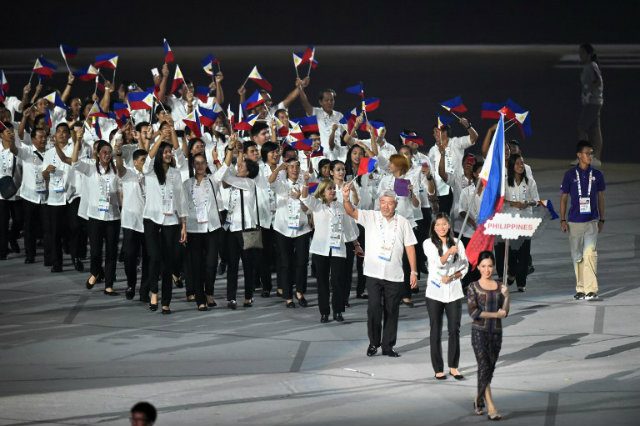 MANILA, Philippines – Singapore is more than 3 hours away from the Philippines by flight, but the PH delegation felt right at home at the Singapore Sports Hub on Friday, June 5.

With reigning UAAP women’s volleyball MVP Alyssa Valdez leading the way as flag-bearer, the Filipino fans in the audience roared their approval for the barong-wearing Pinoy athletes at the opening ceremony of the 28th Southeast Asian Games, which featured mascot Nila, a cuddly lion, dropping from the National Stadium via parachute.

Over 7,000 athletes from 11 nations will compete, including 459 athletes from the Philippines who will aim for medals in 35 out of the Games’ 36 events.

A video of the entrance can be viewed here.