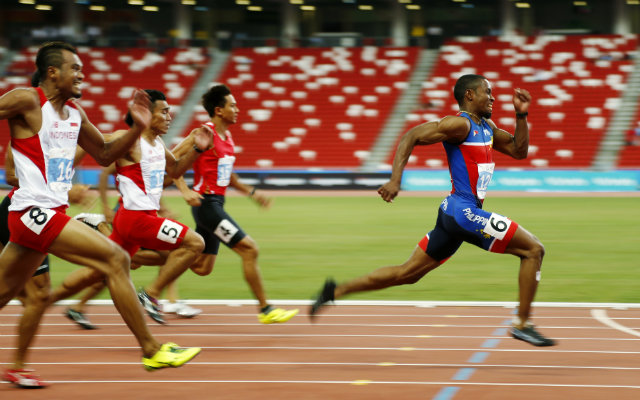 MANILA, Philippines – Eric Shauwn Cray added to his many accomplishments by breaking the Southeast Asian Games record for the men’s 400-meters hurdles competition at the National Stadium in Singapore on Wednesday, June 10.

Cray finished with a time of 49.40 seconds, beating Cong Lich Quach of Vietnam’s 50.29 output to also win the Philippines their 19th gold medal in the SEA Games, which puts them in 5th place overall. Andrian of Indonesia, which drops to 6th place, came in at third with a time of 51.36.

Cray, a 26-year-old, 3-time All-American who is born in Olangapo but based in Texas, also won the men’s 100-meter competition yesterday with a time of 10.25 seconds. In previous years, Cray became the first Filipino to reach the 400-meter hurdles finals at the Asian Games since 1982.