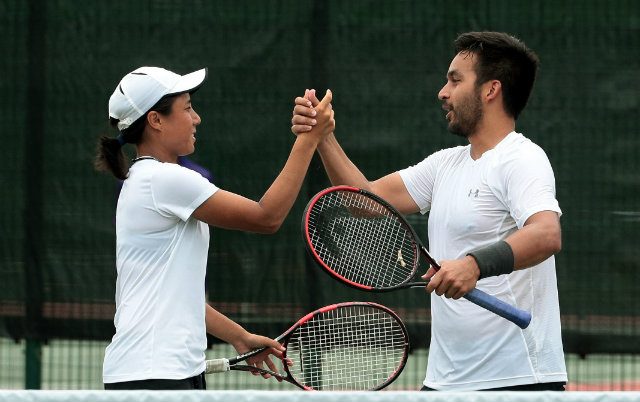 MANILA, Philippines – The Philippines retained their gold medal in the tennis mixed doubles competition of the 28th Southeast Asian Games as Treat Huey and Denise Dy took down Sonchat Ratiwatana and Peangtarn Plipuech of Thailand at the Kallang Tennis Centre in Singapore on Sunday, June 14.

Dy and Huey won a close first set, 7-6, and then won the second set, 6-4, to retain their championship. The two won the same competition of the Southeast Asian Games in 2011 in Myanmar. There were no tennis competitions in the 2013 SEA Games.

Huey, 29, is a dual citizen who was born to Filipino parents in Washington, DC. He has also earned bronze medals in the 2015 SEA tennis men’s doubles and men’s team tourneys.

Dy, 26, already won a silver in this SEA Games’ women’s team tennis tourney, and is scheduled to compete in the women’s doubles finals later today.