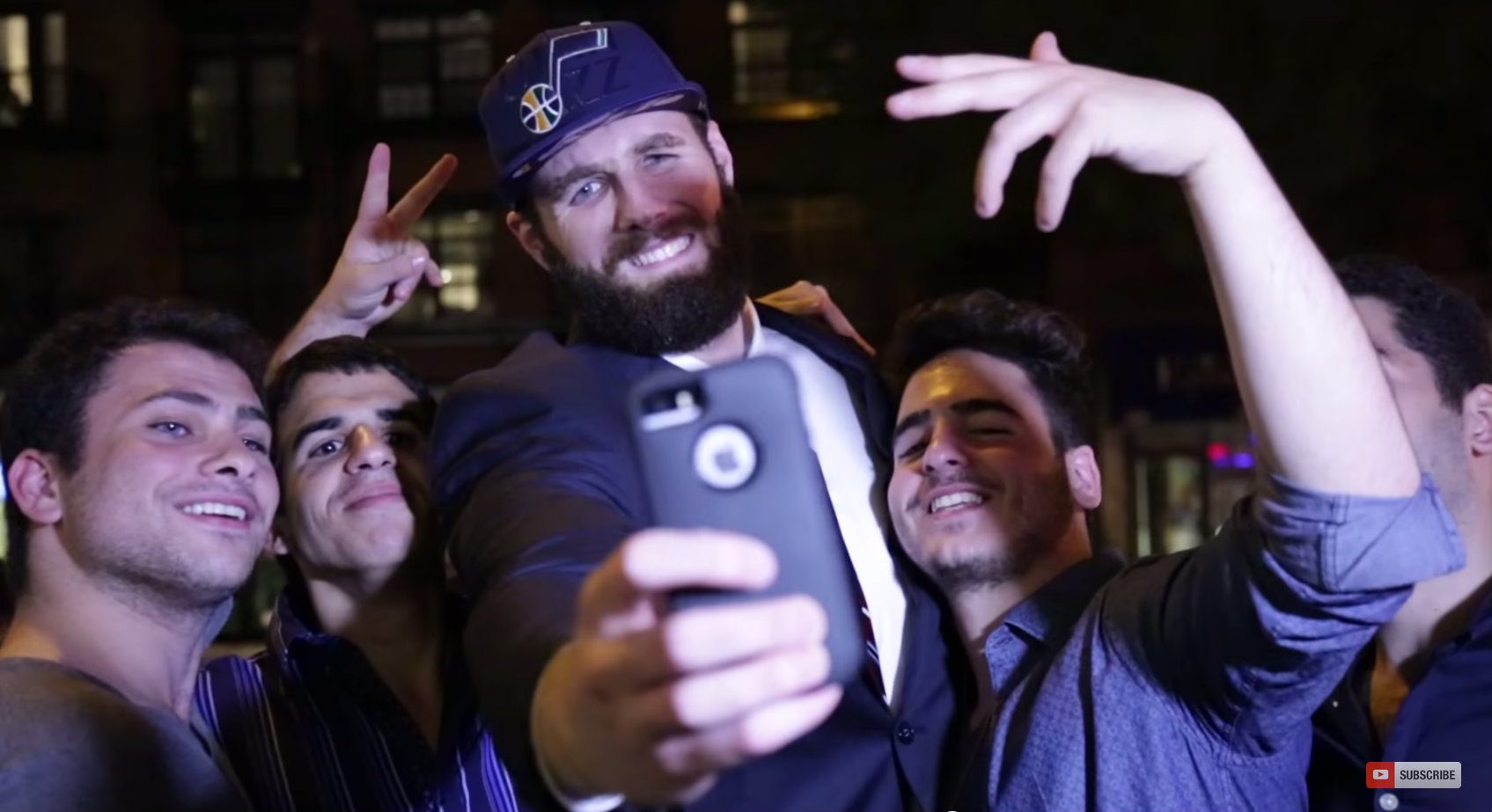 MANILA, Philippines – Ever wonder what it’s like to get picked in the NBA Draft? So did Connor Toole, a blogger for EliteDaily.com. Luckily for Toole, he stands 6-foot-10, has a suit that fits and the guts to try and pull off an epic con.

After posing for photos outside Barclays Center in Brooklyn, N.Y., Toole puts on a Utah Jazz hat and hits New York City pretending to be an NBA draft pick. The perks include photos with adoring fans, free liquor and phone numbers – and more – from random girls.

The video gives a unique view into how looking like a “somebody” can get you access to privilege, and just what it’s like to be a star athlete, even for a night.

The Utah Jazz social media team even retweeted a link to the video, only to delete it after discovering the NSFW stuff towards the end.

All in all, it was a fun time for all involved and nobody got hurt.

I also saw a pierced nipple. It was pretty cool.

So basketball hopefuls: do your sprints, practice your free throws and get a cool looking suit. This could be you some day, if you’re into that kind of thing.