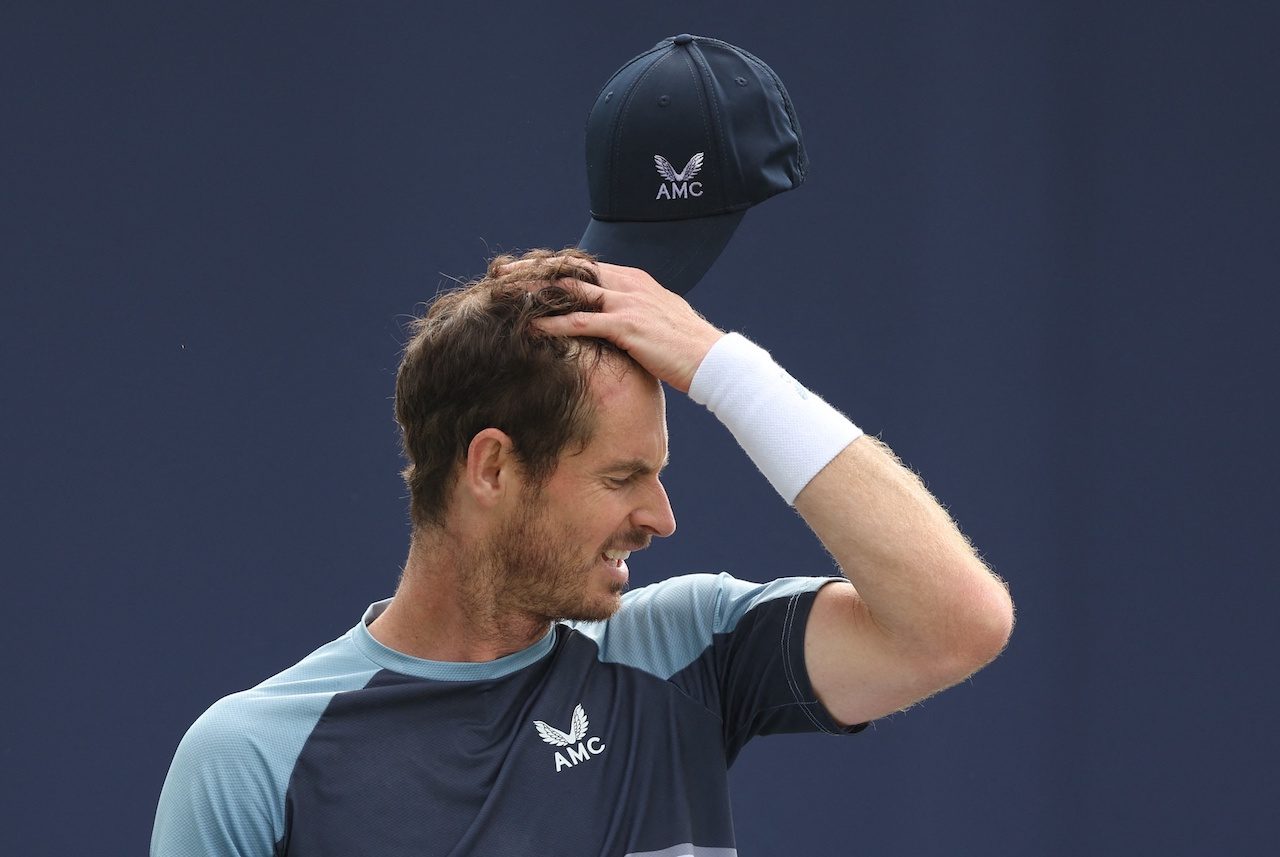 FINGERS CROSSED. Andy Murray hopes for the best as he deals with abdomen problems.

Andy Murray said he is unsure about the severity of the abdomen issue which hampered him in the Stuttgart Open final, with the Briton hoping it does not affect his preparations for Wimbledon later this month.

The three-times Grand Slam winner’s movement was increasingly restricted as the match against Matteo Berrettini wore on and he needed to call on the physiotherapist twice to receive treatment court-side before losing, 6-4, 5-7, 6-3, on Sunday, June 12.

“I got some pain in my abdomen when I was serving,” Murray, who has endured long injury layoffs in recent years due to hip surgeries, told reporters after Sunday’s final.

“Not something I’ve had before. I’ll need to get it checked when I get home.”

“This is the most matches I’ve played in two weeks since probably 2016. That’s a really long time. It’s probably normal that I would feel some stuff in my body but I don’t really know the severity of it. Hopefully it’s all right.”

Murray, whose last Tour title came in 2019 in Antwerp, said it was a frustrating way to end the tournament.

“I felt like I was playing well enough to win and I got myself in a really good position going into the third set so a frustrating end to what was a good week,” he added.

The 35-year-old Scot last won a title on grass at Wimbledon in 2016 and will be looking to recover from the issue before the grass court Grand Slam begins on June 27. – Rappler.com

Andy Murray: Hecklers are an unfortunate part of sports

Murray ‘mentally’ planning for US Open