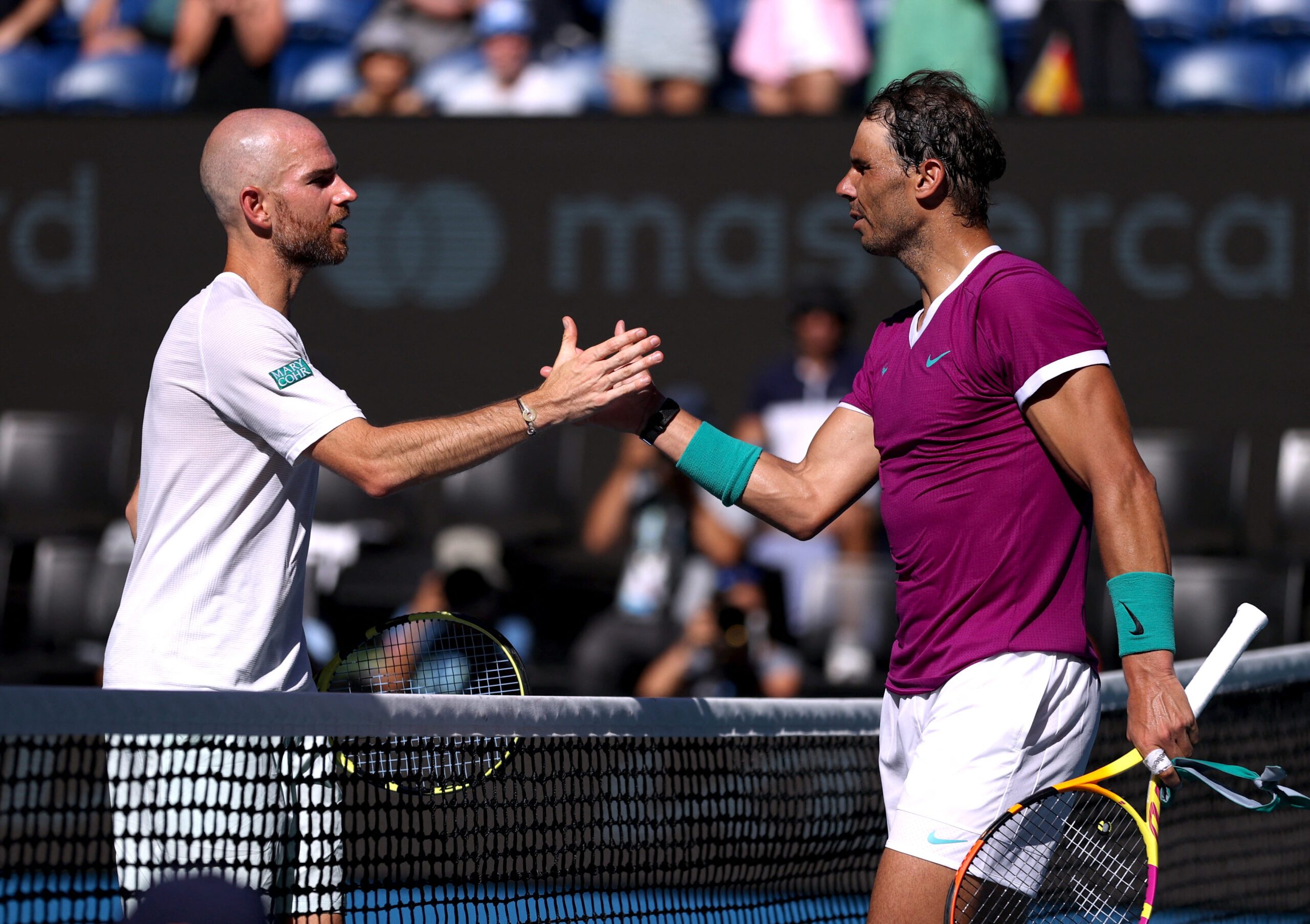 MELBOURNE, Australia – Rafa Nadal remained on course for a men’s record 21st Grand Slam title after winning a battle of left-handers against Adrian Mannarino, 7-6(14), 6-2, 6-2, to reach the quarterfinals of the Australian Open on Sunday, January 23.

The only former champion left in the men’s draw, 2009 winner Nadal is tied on 20 majors with injured Roger Federer and nine-time Melbourne Park winner Novak Djokovic, who was deported from Australia before the tournament began.

Mannarino had lost both his previous meetings against Nadal and came into the contest after a demanding third-round victory over Russian Aslan Karatsev in a match that lasted 4 hours and 39 minutes.

And after an intense opening set, which included a 30-point tiebreaker and lasted 81 minutes, the 69th-ranked Frenchman wilted under the blazing afternoon sun at the Rod Laver Arena as Nadal sealed the win with an ace on his first match point.

“The first set was very, very emotional,” said the sixth seed Nadal, who saved four set points during the tiebreaker.

“Anything could have happened there. I was a little bit lucky at the end.

“Everybody knows how mentally (tough) this game is. It was a tough one and after that crazy first set, I think it was so important the break at the beginning of the second set.”

Nadal’s last defeat by another left-hander in a contested match came in 2017 against Denis Shapovalov, who will be his next opponent after the Canadian saw off German third seed Alexander Zverev in straight sets.

“He has a lot of amazing things in his game, and his results say that. When he’s playing well, it’s very difficult to stop him.”

The Canadian left-hander was magnificent against the German third seed, earning one of his biggest career victories at Margaret Court Arena.

Shapovalov blew a match point with a wild forehand into the tramlines but wrapped up the contest when Zverev netted under pressure.

“Definitely happy with where the game is at,” said the ecstatic 22-year-old, long tipped for success at the Grand Slams.

“I think off the ground I was just really playing very well, really feeling my shots off both wings.”

The 14th seed will meet Nadal next, expecting the duel to be a “tough one” as they fight for a place in the semifinals.

It was a disappointing exit for Zverev, who was bundled out of the quarterfinals by Novak Djokovic last year.

Late last year Zverev suggested he and Russian Daniil Medvedev might become part of a new ‘Big Three’ with world No. 1 Djokovic in the 2022 season. – Rappler.com