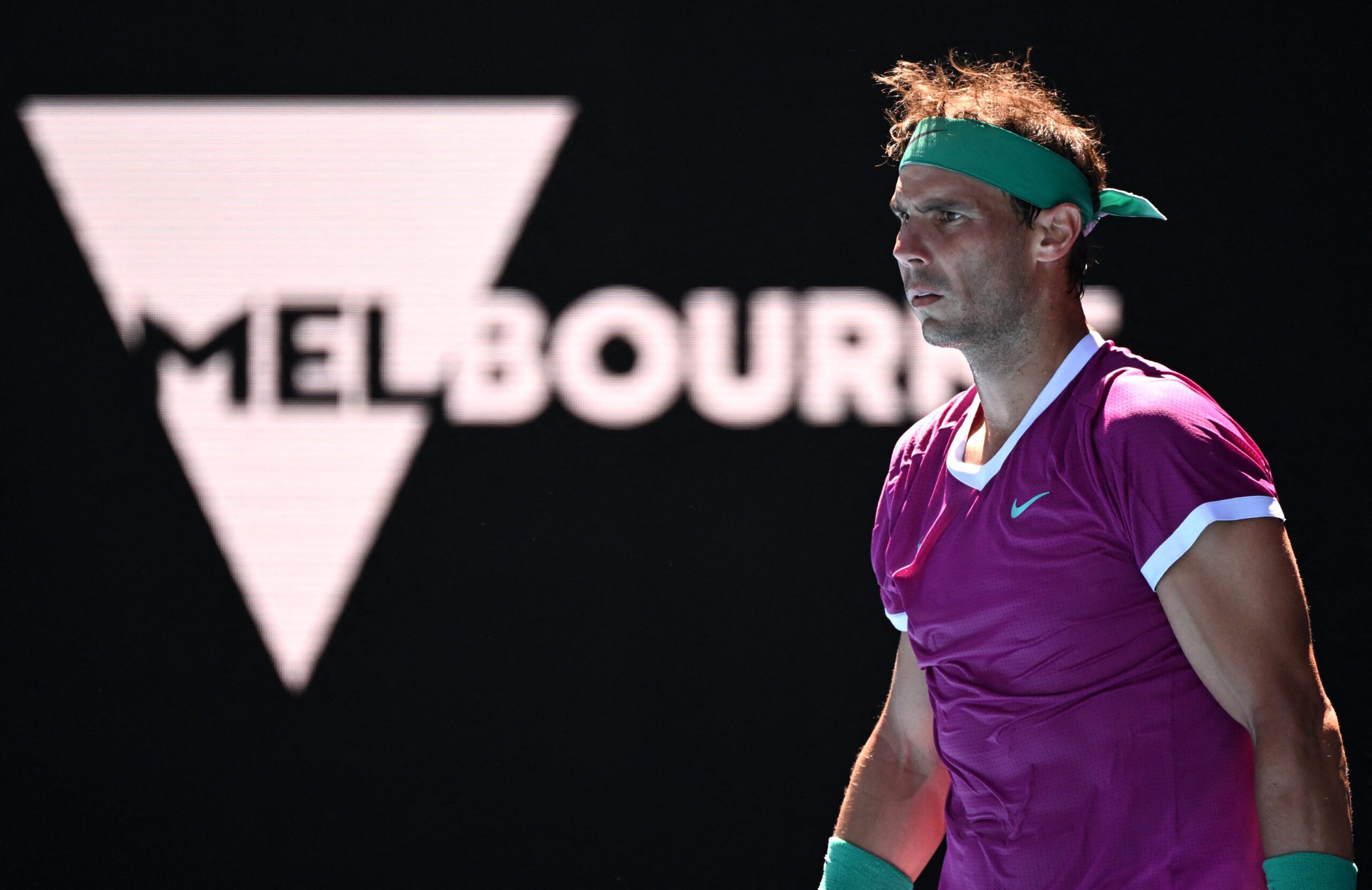 Facebook Twitter Copy URL
Copied
‘I don't have big pressure on my shoulders, honestly. I don't feel it,’ says Rafa Nadal, the only former champion left in the men's draw

MELBOURNE, Australia – Rafa Nadal said his game is improving with every match since his return from a lengthy injury break after the Spaniard eased past Yannick Hanfmann, 6-2, 6-3, 6-4, to reach the third round of the Australian Open on Wednesday, January 19.

The only former champion left in the men’s draw at Melbourne Park, Nadal is tied on 20 majors with the injured Roger Federer and world No. 1 Novak Djokovic, who was deported from Australia before the tournament began.

A second Australian Open title would not only break the three-way tie at the top of men’s tennis but also make Nadal just the second man after Djokovic to win each of the four Grand Slam titles twice since the sport became professional in 1968.

Nadal has, however, repeatedly said that his only objective at this year’s opening major was to stay healthy, having returned to the Tour after recovering from a long-standing foot problem and contracting COVID-19 last month.

“I said here before the tournament start, things are not going to be perfect, but every day that I’m going to spend on court, the chances to play better are higher,” said Nadal, who won an Australian Open tune-up event this month in his first tournament since August.

“I think I am doing things well. I’m excited about the fact that I’m going to be playing in a third round for one more time here after all the things I am going through. I don’t have big pressure on my shoulders, honestly. I don’t feel it.”

Nadal said he wanted to be more aggressive on court but has not had much time to make changes to his game.

“Only five matches after such a long period of time, not enough in general terms to appreciate if I am able to change something or not,” he said.

The 2009 champion’s only previous meeting with the 126th-ranked Hanfmann came on the Roland Garros clay in 2019 when Nadal lost just six games en route to a straight-sets victory.

The 30-year-old German qualifier did slightly better on a windy day at the Rod Laver Arena but not enough to trouble Nadal, who hit 30 winners and broke his opponent’s serve four times while saving both breakpoints he faced.

Hanfmann started well by advancing to the net regularly and also drawing Nadal forward with drop shots but the Spaniard improved as the match progressed.

The sixth seed needed five match points before sealing victory when Hanfmann sent a forehand long and he will next meet either Russian Karen Khachanov or Benjamin Bonzi of France for a place in the fourth round. – Rappler.com