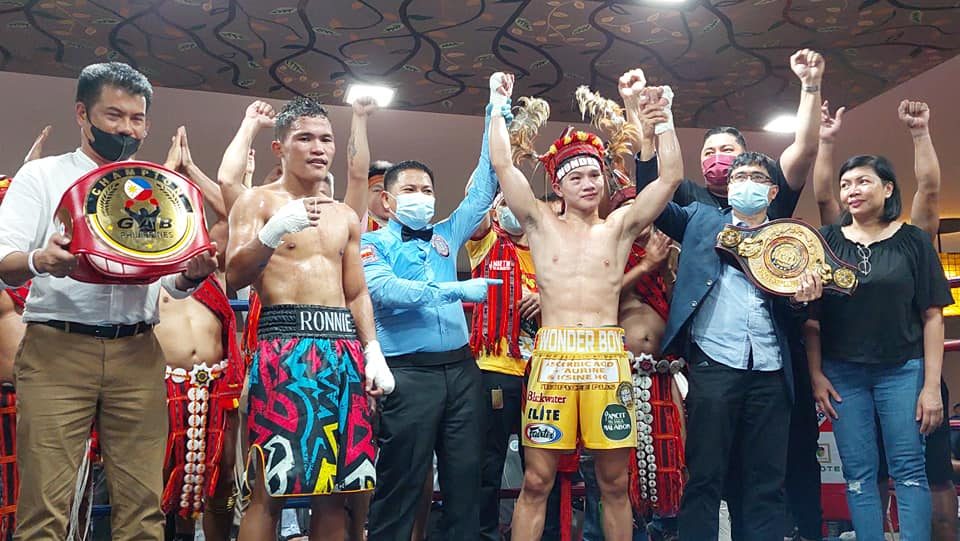 GRITTY WIN. Carl Jammes Martin recovers from the first knockdown of his career to secure his belt.

Martin, on the other hand, recovered from a second-round knockdown to subdue an exhausted Ronnie Baldonado in the 11th round and clinch the vacant World Boxing Association Asia super bantamweight belt in the chief support.

Both Suarez and Martin stretched their win streaks as they prepare for international stints in their next fights.

The 33-year-old Suarez, a three-time Southeast Asian Games gold medalist, improved his record to 10-0 with 7 knockouts, while Martin, 22, climbed to 19-0 with 16 knockouts.

Mangubat gamely traded punches with Suarez, but got outgunned and was being pummeled when the referee stepped in to save him from further punishment. Mangubat dropped to 15-3-1 with 12 knockouts.

Baldonado caught Martin with a counter right, sending the pride of Lagawe, Ifugao reeling for the first knockdown of his career.

Martin shook off the cobwebs and gradually took control as the bout progressed. For his part, Baldonado fagged out and Martin finished him off with a flurry of body punches to also keep his national title.

Having proven his worth, Martin can look forward to lucrative fights abroad under the Probellum Promotions banner. – Rappler.com