Bernaldez stops Mexican foe in 6th round in Miami 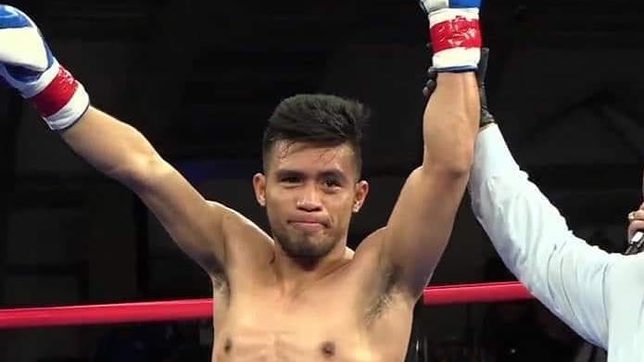 ANOTHER WIN. Mark Bernaldez raises his record to 22-4.

Mark Bernaldez continued his climb back to relevance with a sixth-round stoppage of Mexican Hector Ambriz on Friday, March 26 (Saturday, March 27, Philippine time) at the Media Pro Studios in Medley, Miami, Florida.

The pride of Butuan City caught Ambriz with a hard overhand right to cut short the 10-round super featherweight bout at the 2:26 mark.

Bernaldez, now with Sanman Promotions of General Santos City, raised his record to 22-4 with 16 knockouts. Ambriz lost his sixth fight in a row and dropped to 12-13-2 with 6 KOs.

Despite giving away 3 inches in height and reach, the 5-foot-6 Bernaldez dominated with snappy jabs and 1-2 punches to the body that rattled Ambriz.

The Mexican took round 3 as he tagged Bernaldez with combinations on the ropes twice.

According to Sanman Promotions head JC Manangquil, Bernaldez will remain in Miami where he has been training under Cuban coach Osmiri Fernandez since February.

After beating Julian Evaristo Aristule on October 17, 2020, Bernaldez returned to GenSan to spend the Holidays with his family and flew back to the United States before the end of January.

Manangquil said Bernaldez will be pitted against a tougher opponent in his next assignment in the United States, where he has fought 6 of his last 7. – Rappler.com