Yap misses weight by 4kg as fight vs Marriaga gets canceled 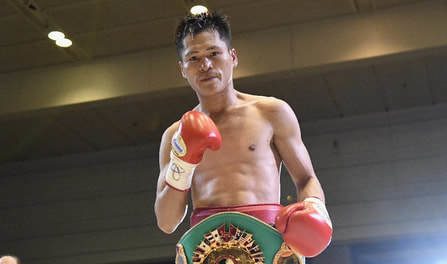 Missing weight is bad enough for a boxer. Checking in almost 4 kilos over is baffling if not disgusting.

Mark John Yap’s crack at glory got clipped at the scales on Wednesday, July 15 (Thursday, July 16, Philippine time) when the Filipino journeyman posted 136.7 pounds, a whopping 8.7 over the contracted weight against Colombian Miguel Marriaga, who even went under at 127.3 during the official weigh-in.

As a result, the featherweight 10-rounder supposed to be the headliner of the Top Rank on ESPN card on Thursday at The Bubble, MGM Grand, Las Vegas, got canceled by the Nevada Athletic Commission.

The camp of Yap, who even released a video clip showing the Japan-based fighter soaking in iced water on Tuesday, claimed they weighed him twice on different scales and he was just two pounds over before they proceeded to the weighing area.

Whether their story is true, however, doesn’t matter as he would have still missed weight.

In effect, Yap (30-15, 15 knockouts) forfeited a hefty purse and the chance to tangle with former world title contender Marriaga (29-3, 25 knockouts), who has stopped his last 4 opponents.

The repercussions do not end there for Yap as he will be banned by Top Rank from its future fight cards.

There were no reports on the weights of Vincent Moralde and Alexis del Bosque Flores, who were supposed to tangle in a super featherweight 8-rounder. – Rappler.com