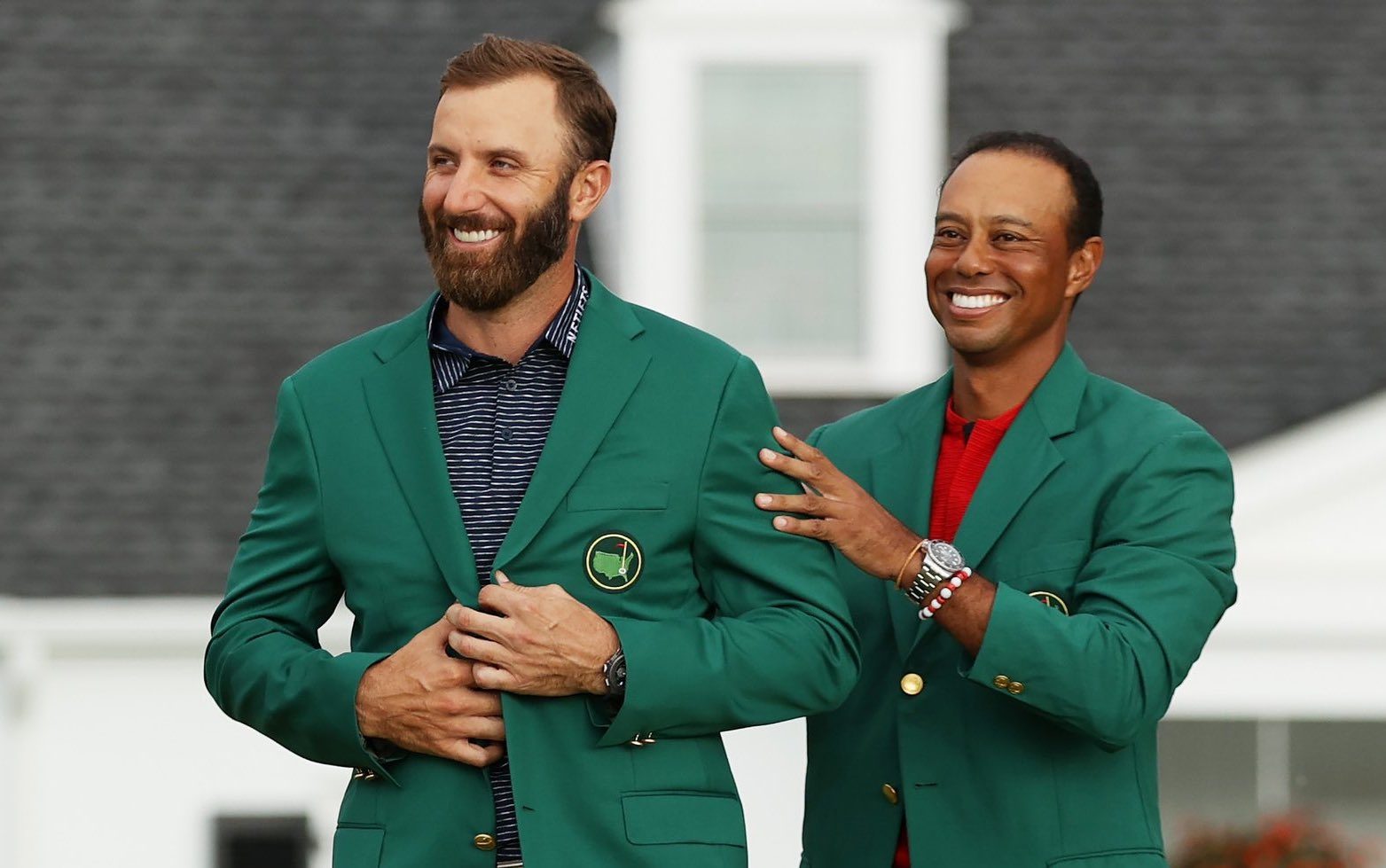 Facebook Twitter Copy URL
Copied
Dustin Johnson, known for keeping his cool on the course, fails to hold back tears after winning the green jacket only an hour's drive from where he grew up

The 36-year-old American, known for keeping his cool on the course, was in tears after winning the green jacket only an hour’s drive from where he grew up.

“It’s a dream come true,” a crying Johnson said. “As a kid I always wanted to become a Masters champion. It’s just incredible.”

“I never have this much trouble gathering myself. On the golf course I’m good at it.”

No one in Masters history was better as Johnson, whose other major victory came at the 2016 US Open, fired a four-under-par 68 to finish on a Masters record 20-under-par 268.

That was good enough for a five-stroke triumph over South Korean Im Sung-jae and Australian Cameron Smith with third-ranked American Justin Thomas at 4th with 276.

Johnson’s score in relation to par matched the lowest in major history and smashed the old 72-hole Masters mark of 18-under 270 set by Tiger Woods in 1997 and matched by Jordan Spieth in 2015.

It was an incredible turnaround for a player who missed his planned Masters tuneups after contracting COVID-19 last month, returning only last week with a runner-up effort in Houston.

Johnson, who began with a four-shot edge, had never converted a 54-hole major lead into a title, stumbling at the 2010, 2015, and 2018 US Opens and in the PGA Championship, where he settled for a runner-up spot, in August.

That hex ended Sunday, but not without some early drama as Johnson’s lead fell to one.

Johnson made back-to-back bogeys at the fifth and par-3 sixth, ending a run of 33 bogey-free holes, to leave Im one back.

“They weren’t bad shots,” Johnson said. “I didn’t let it bother me too much. At 6, I made a birdie and that got me back.”

Im fell back with bogeys at the sixth and seventh holes, Johnson also birdied the par-5 eighth and never looked back.

“I was nervous all day,” Johnson said. “I could feel it. The Masters to me was the biggest. It still feels like a dream. I’m proud of the way I handled myself and finished off the golf tournament.”

Johnson, the first reigning world No. 1 to grab the green jacket since Woods in 2002, was denied the usual champion’s roars from spectators as no fans were allowed due to the virus pandemic that postponed the event from its usual April slot.

After overcoming his early wobble, Johnson was unflappable with deadly accuracy and consistency, his birdie streak from 13 through 15 lifting his week to historic status.

“DJ has just an amazing ability to stay calm in tough moments,” Woods said. There’s no one more suited to that, I think, than DJ.”

Johnson’s 4 total bogeys were the fewest of any Masters champion.

Im had the lowest score for any Masters newcomer but couldn’t become the first debut winner since 1979.

“My goal was to make the cut,” Im said through a translator. “To finish tied for second is unbelievable.”

Smith closed on 69, becoming the first Masters player to shoot all 4 rounds in the 60s.

McIlroy, unable to recover from a first-round 75, took some solace after a sixth failed attempt to complete the career Slam.

“I didn’t have a great start but over the last 54 holes, only two bogeys, a lot of great golf in there,” McIlroy said. “Not overthinking it as much could be the key for me.”

Woods, a five-time Masters winner and 15-time major champion, found Rae’s Creek 3 times on his way to a septuple-bogey 10 at the par-3 12th, his worst score ever on a major hole. He responded with birdies on 5 of the last 6 holes to close on 76 and finish on 287.

“Hit a few too many shots than I wanted,” Woods said. “Had a lot more experiences there in Rae’s Creek.”

Germany’s Bernhard Langer, at 63 the oldest to make any Masters cut, shot 71 to finish on 285, one stroke better than US Open champion Bryson DeChambeau, who closed on 73 and never threatened to overpower Augusta, nagged by dizziness.

“I’ve got to fix this dizziness,” he said. “I’ve got to get healthy first and foremost.” – Rappler.com