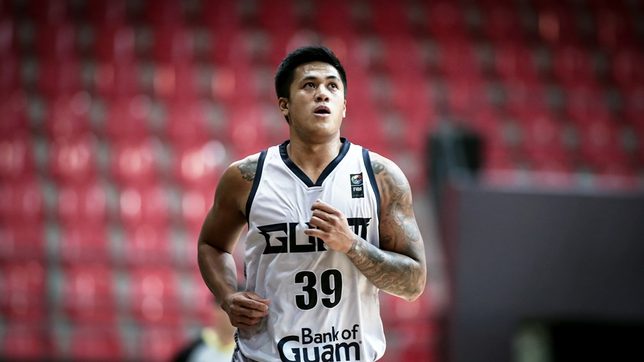 FIERY START. Jericho Cruz waxes hot in the first half for Guam.

PBA player Jericho Cruz starred for Guam anew as they swept Hong Kong in the final window of the FIBA Asia Cup Qualifiers with a 112-66 beating in Amman, Jordan on Tuesday, June 15.

Delivering 24 points in their first encounter on Sunday, Cruz torched Hong Kong with 20 points on an 8-of-11 clip to go with 4 rebounds and 2 assists to help Guam finish with a 2-1 card.

Guam has the same record with Australia and New Zealand, although it is still uncertain which two teams will advance directly to the Asia Cup.

Australia and New Zealand did not participate in the Amman window.

The NLEX guard, who holds a Filipino-Northern Mariana Islands dual citizenship, delivered 13 points in the second quarter alone as Guam ended the first half comfortably ahead, 63-26.

That lead swelled to as large as 51 points, with Hong Kong having no answers for the blazing Guam offense.

Hong Kong wrapped up its campaign without a win in three games. – Rappler.com