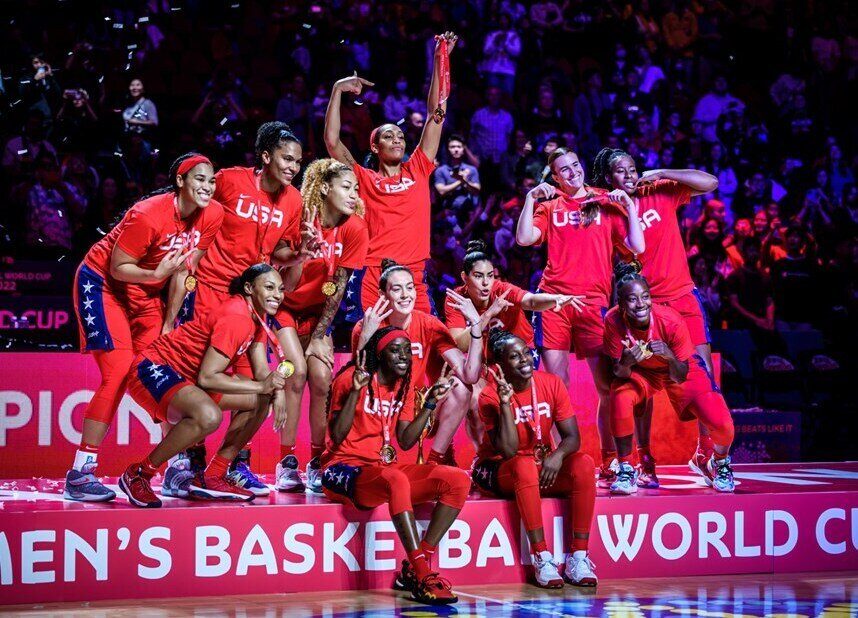 Defending champions USA beat China, 83-61, to win a record-extending 11th FIBA Women’s World Cup title in Sydney on Saturday, October 1, while Australia’s Lauren Jackson brought the curtain down on her glittering career with a bronze medal.

A’ja Wilson, who plays for the WNBA’s Las Vegas Aces, led tournament favorites Team USA with 19 points and was named MVP of the tournament.

The United States earned a hard-fought early lead of 18-13 at the end of the first quarter and were made to work by China as they extended it to 43-33 at the halfway mark.

The game looked poised for a close finish at the break, but China faded quickly in the third quarter, going 21 points behind as Jewell Loyd and Kelsey Plum scored a combined 15 points.

The United States weathered a late surge from China in the final quarter to secure their fourth straight World Cup title in front of close to 16,000 fans at the Sydney Superdome.

Li Yueru led the scoring for China with 19 points, as they earned their second World Cup silver medal in women’s basketball.

Australia’s Jackson bows out with bronze

Earlier on Saturday, Jackson capped off her career in spectacular fashion, leading the scoring with 30 points as hosts Australia posted a 95-65 victory over Canada to take bronze.

The 41-year-old, who announced her retirement on social media before the match, also equalled the record for most appearances at the Women’s World Cup with her 43rd game in the competition.

“They’re the best group of the girls, I’ve had the best time, and it’s the best journey I’ve had in the sport,” said Jackson, who returned to the Australia squad in August following a lengthy absence after first retiring in 2016.

Kia Nurse scored 19 points to keep Canada within touching distance of Australia for the first half of the game, but Jackson’s 12-point rampage in the third quarter gave the hosts a 17-point lead heading into the final 10 minutes.

Jackson was then substituted off to a standing ovation with 2:22 remaining, as Australia closed out the win. – Rappler.com