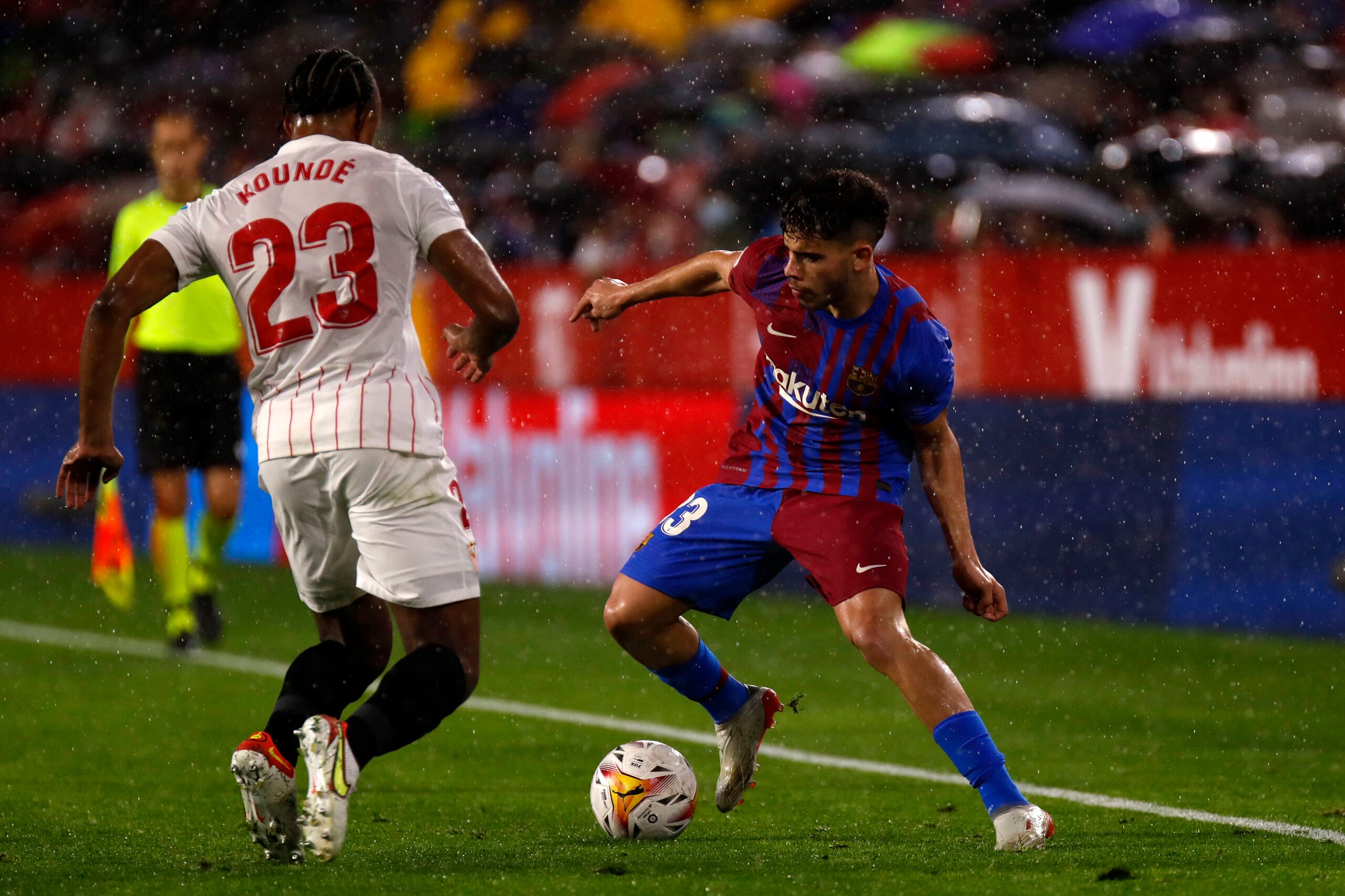 MUST-WATCH. Sevilla and Barclona boast a plethora of attacking talent.

FC Barcelona host Sevilla FC on Sunday night, April 3  (Monday, April 4 at 3 am, Philippine time) at Camp Nou in a clash which could prove decisive at the sharp end of LaLiga Santander this season.

The sides shared a 1-1 draw at the Ramón Sánchez Pizjuán back in December, when the Xavi Hernández project was still its infancy and before the Catalans’ new signings bolstered their attacking power.

In the months since, Barça have kicked up several gears, climbing the table rapidly to reach third place and they’re hoping to rise to a new high of second with a win over the Andalusians. Sevilla FC have 57 points from 29 matches, while Xavi’s team have 54 from a game fewer.

Julen Lopetegui’s side have dug in behind leaders Real Madrid in the table since the first weekend of December when they rose above Atlético de Madrid.

After a disappointing run of form, though, their position is under threat as they face one of the toughest challenges of the season in a once-again intimidating Barça. They must retain a steely grip on their LaLiga Santander position to avoid their season crumbling, after a brilliant start.

Despite Sevilla FC having just one win in their last five league games, Barça should be wary of the visitors, because the team Lopetegui’s side beat was their rivals Real Betis in El Gran Derbi, showing they are capable of delivering under immense pressure.

2 teams with an array of attacking options

Both these teams have many players in the attacking positions who can score goals. Sevilla FC have been bolstered by the return of attacking force Erik Lamela from injury, who made his first appearance in months last match day against Real Sociedad, and will hope the Argentine can replicate the stunning reinvigorating effect he had after first joining the club last summer when he scored three goals in his first two games.

In Youssef En-Nesyri, Anthony Martial, Jesús Corona, Lucas Ocampos and former FC Barcelona striker Munir El Haddadi, Lopetegui has plenty of other options at his disposal to break in behind Barça’s high-line defense.

The coach will hope the international period gives his players a chance to reset and find a second wind for the vital run-in. Sevilla FC are nine points behind leaders Real Madrid and a win over Barça could reinvigorate their charge and raise morale greatly.

Over at FC Barcelona, their most recent result was a thumping 4-0 win over eternal rivals Real Madrid in ElClasico and they will be aiming to return in the same rich vein of form.

Midfielders Sergio Busquets, Pedri and Frenkie de Jong were exquisite in ElClasico and they will look to give Ivan Rakitić an unhappy return to Camp Nou.

Against one of the toughest and most well-organized defenses in the division, FC Barcelona must be at their best if they are to pry apart Lopetegui’s plans and create danger. But after scoring four against each of Real Madrid, Atlético de Madrid, Athletic Club, Napoli SSC and Valencia CF, Barça will be hopeful of pulling off the job and even giving themselves an outside shot at the title.

“I don’t know if we can win the title, but we can’t rule out anything and we must keep working hard,” Xavi said after ElClasico. That’s exactly what they’ll aim to do in front of their home crowd this Sunday night. – Rappler.com

Watch the game and all LaLiga Santander action live on beIN Sports channel on Cignal, Sky, and directly on beIN Connect.