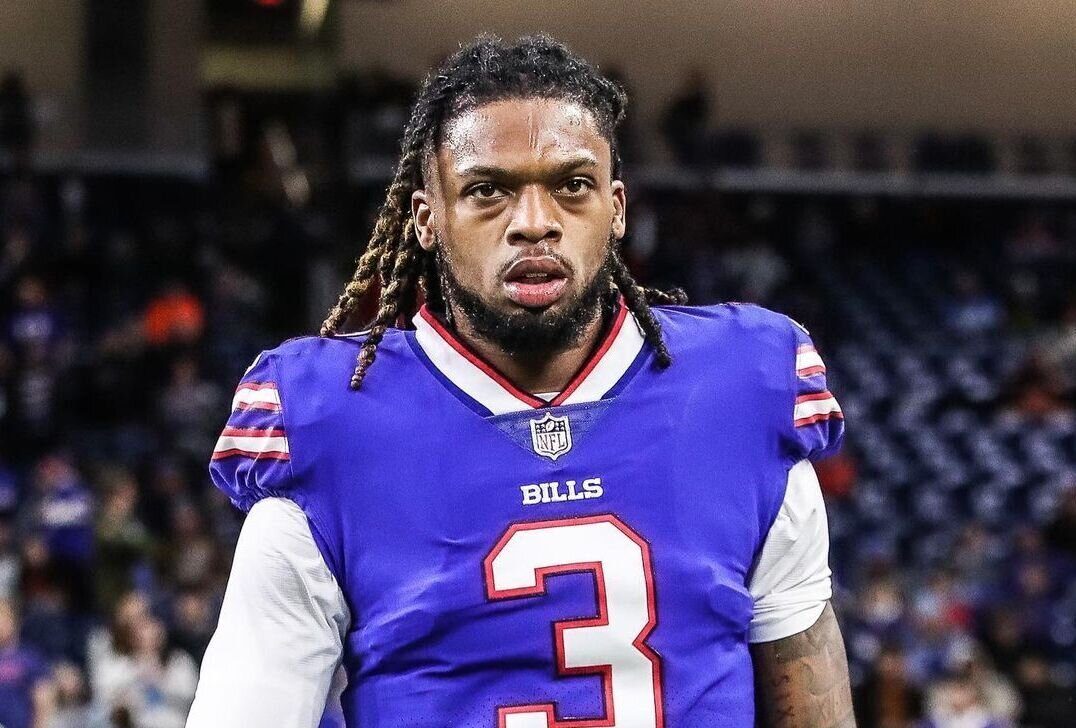 Buffalo Bills player Damar Hamlin has been able to awaken and communicate with his medical team after the safety suffered cardiac arrest on the field during a Monday night NFL game in Cincinnati, his doctors told reporters on Thursday, January 5.

Two physicians caring for the 24-year-old said he was “demonstrating signs of good neurological recovery” and was able to communicate in writing.

Hamlin remains on a ventilator in the intensive care unit (ICU) at University of Cincinnati Medical Center to assist his breathing.

He collapsed on the field after making a tackle in the first quarter of the game against the Cincinnati Bengals and had to have his heartbeat restored on the field.

The physicians said Hamlin had in writing asked who won the game. The response: “Damar, you won – you won the game of life,” Dr. Timothy Pritts said.

That he was asking about the outcome of the game showed, “it’s not only that the that lights are on – he’s home,” Pritts said. “It appears that all cylinders are firing within his brain, which is greatly gratifying.”

Dr. William Knight described the last three days for Hamlin as a long and difficult road. “He has been very sick and has made a fairly remarkable recovery.”

The positive update was welcome news for the Bills, as they prepare for their final regular season contest on Sunday.

An emotional Bills quarterback Josh Allen told reporters on Thursday about receiving word their teammate was awake and thinking of them.

“His dad said the first thing he is going to ask when he wakes up is ask who won the game,” said Allen. “Sure enough that’s what he did.

“As teammates you love hearing that response,” Allen continued. “The first thing on his mind wasn’t poor me, it was how are my teammates doing, did we win this game, and that’s powerful in itself.

“We heard that news this morning and there was nothing that could have been told to us to bring our day down.”

The next milestone, doctors said, was getting Hamlin breathing completely on his own.

They said it was too soon to say whether the hit or a preexisting condition caused Hamlin to go into cardiac arrest.

Asked whether there was a possibility of him playing professional football again, Knight told reporters: “It’s entirely too early to have that conversation.”

Knight said Hamlin was still critically ill and remained in the ICU, adding that the focus was on getting him off the ventilator “and on the road to recovery.”

The doctors credited the Bills’ medical staff for quickly recognizing that Hamlin had no pulse and promptly administering Cardiopulmonary resuscitation.

“This went as well as something like this can go under very challenging circumstances and they did a fantastic job, which is why we’re here today,” Pritts said.

Bills get back to work

The game, which Cincinnati led 7-3, was later postponed. It will not be resumed or replayed, the NFL announced Thursday night.

The Bills were back on the practice field on Thursday preparing for their crucial regular season finale, when they host the New England Patriots.

The Bills are battling the Bengals and Kansas City Chiefs for the top seed in the American Football Conference, which comes with a first-round playoff bye.

“Yesterday Damar’s father spoke to the team and the message was the team needs to get back on focusing on the goals they had set for themselves,” said Bills head coach Sean McDermott.

“I’m paraphrasing him but Damar would have wanted it that way and that includes our game against New England this week.”

“The news today was a big help getting us back focused on the game this weekend,” McDermott added.

Fans, athletes, celebrities and politicians, including US President Joe Biden, have all offered Hamlin their prayers and support.

Famed Niagara Falls – both the American Falls and Canadian Horseshoe Falls – were illuminated in Bills blue on Tuesday as a show of support for Hamlin, the team and the nearby city of Buffalo.

“Our men are not gladiators,” Smith said. “I hope… that people are aware of the humanity of this game – and yes, it’s dangerous, and yes, it’s scary, yes, it’s entertainment.

“But my hope is that people understand and appreciate the sheer humanity of this game.” – Rappler.com