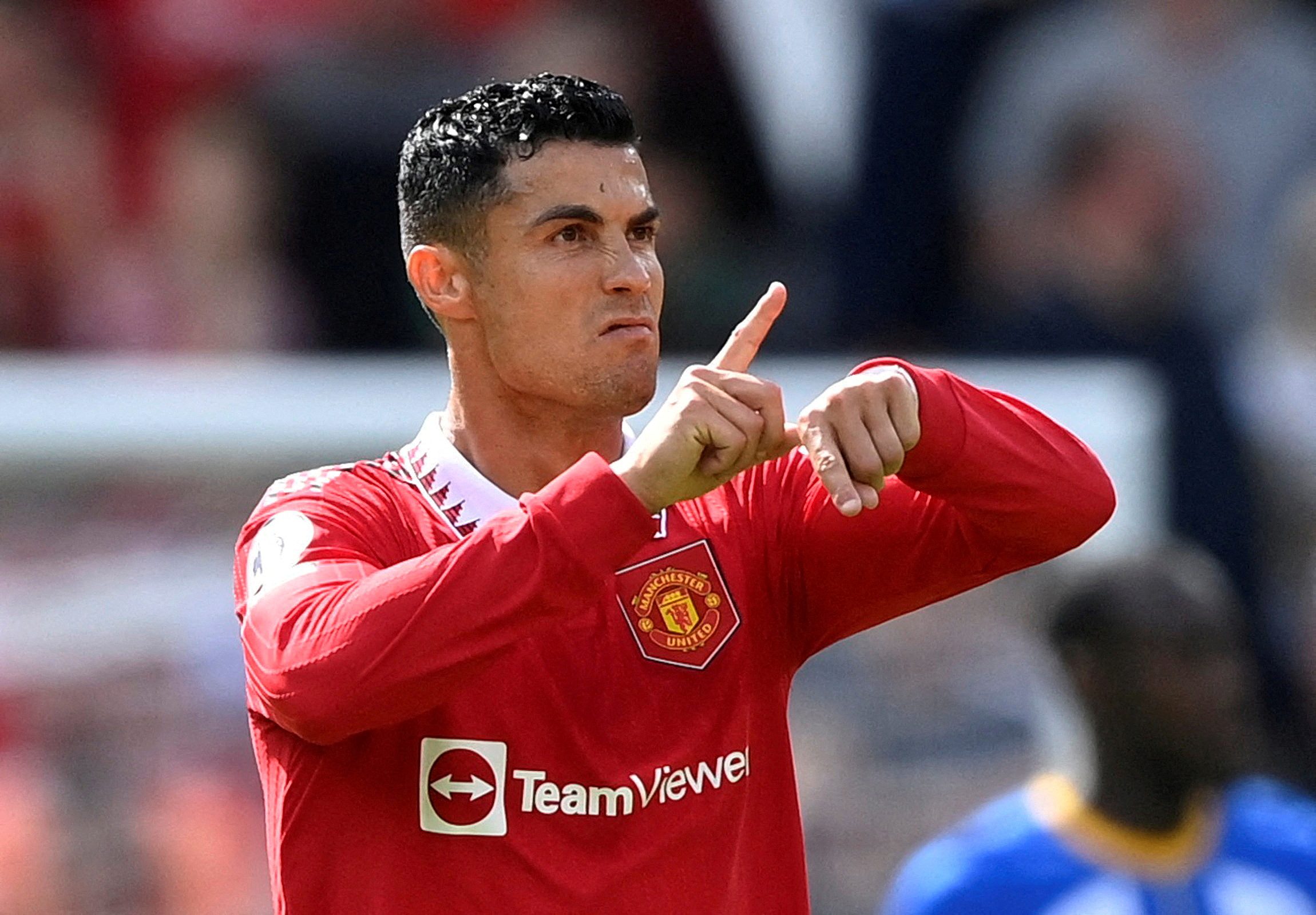 Facebook Twitter Copy URL
Copied
As a free agent, football superstar Cristiano Ronaldo can now sign with any club after a tumultuous stint with Manchester United

The 37-year-old’s future with United was in question after an interview in which said the club had made “zero progress” since the departure of Sir Alex Ferguson in 2013 and that he “doesn’t respect” manager Erik ten Hag.

His contract wasn’t due to expire until June, but the club is not paying Ronaldo to leave early, according to multiple reports. (READ: Ronaldo accuses Manchester United of betrayal)

“Cristiano Ronaldo is to leave Manchester United by mutual agreement, with immediate effect,” United said in a statement.

“The club thanks him for his immense contribution across two spells at Old Trafford, scoring 145 goals in 346 appearances, and wishes him and his family well for the future.

“Everyone at Manchester United remains focused on continuing the team’s progress under Erik ten Hag and working together to deliver success on the pitch.”

Ronaldo is in Qatar preparing for Portugal’s opening game against Ghana on Thursday.

“Following conversations with Manchester United we have mutually agreed to end our contract early,” Ronaldo said in his own statement.

“I love Manchester United and I love the fans, that will never ever change. However, it feels like the right time for me to seek a new challenge.

“I wish the team every success for the remainder of the season and for the future.”

Ronaldo rejoined United from Juventus in 2021, but had made it clear that he wanted to transfer with his role being greatly reduced this season. He was ordered to train on his own last month after refusing to come on as a substitute and walking off the pitch during United’s win over Tottenham.

However, he said during an interview with Piers Morgan last week that he felt “betrayed,” while also criticizing younger players on the club.

Ronaldo is now a free agent and able to sign with any club.

Meanwhile, Manchester United also confirmed on Tuesday that the Glazer family is exploring a potential sale of the club.

“The Company’s Board of Directors (the “Board”) is commencing a process to explore strategic alternatives for the club,” the statement read.

“The process is designed to enhance the club’s future growth, with the ultimate goal of positioning the club to capitalize on opportunities both on the pitch and commercially.

“As part of this process, the Board will consider all strategic alternatives, including new investment into the club, a sale, or other transactions involving the Company.”

“This will include an assessment of several initiatives to strengthen the club, including stadium and infrastructure redevelopment, and expansion of the club’s commercial operations on a global scale, each in the context of enhancing the long-term success of the club’s men’s, women’s and academy teams, and bringing benefits to fans and other stakeholders.”

The Glazer family has owned the club since 2005. – Rappler.com