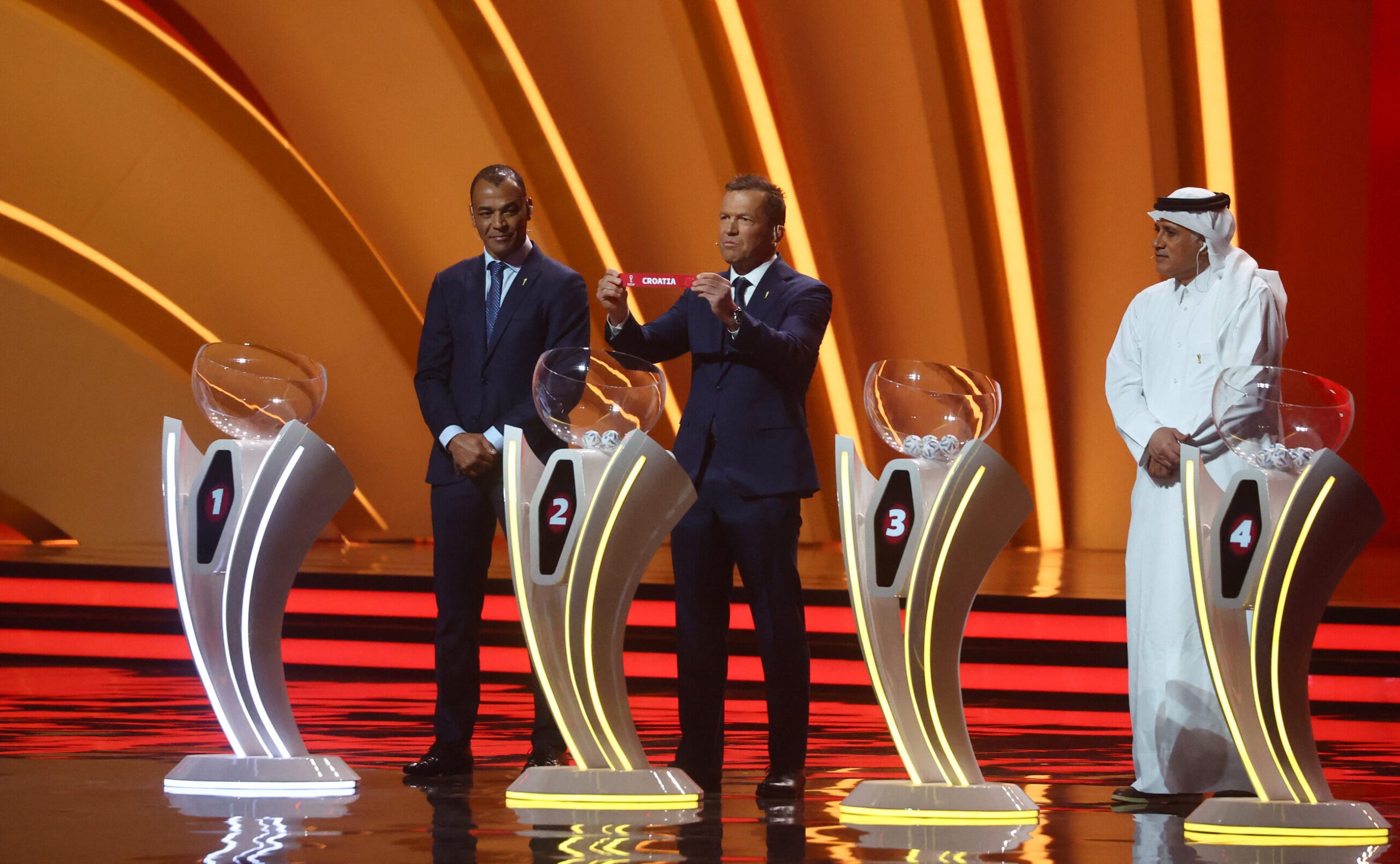 Facebook Twitter Copy URL
Copied
‘I think it is about soccer at the end of the day and the best sign of friendship that you can make is competing hard on the field, in a fair way and that is what the World Cup is all about,’ says US coach Gregg Berhalter

WASHINGTON, USA – After more than 40 years of sour relations and months of struggle to restore a nuclear deal, the United States and Iran are now set to meet on the soccer field at this year’s World Cup, having landed together in Group B in Friday’s draw.

The Iran and US coaches sidestepped the political fracas, saying they were focused on the tournament and its ability to bring people together. England and the winners of a European playoff – Ukraine, Scotland or Wales – complete the group.

The icy US-Iran relationship, characterized by diplomatic and even military confrontation in past years, has the potential to thaw somewhat by the time they play in Qatar on November 21. It could also get worse.

President Joe Biden’s administration is trying to restore a 2015 nuclear deal between Iran and world powers, which would curb Tehran’s nuclear program in exchange for lifting sanctions that have hammered Iran’s economy.

Washington has accused Iran and the forces it backs of carrying out attacks across the Middle East, including against US forces based in Iraq and Syria.

Brazil are favorites to win the 2022 World Cup according to bookmakers after the five-time champions were on Friday drawn with Serbia, Switzerland and Cameroon in the group stage of the showpiece event in Qatar.

BetMGM also had Brazil as (5-1) favorites followed by France and England (both 11-2).

Holders France were pooled with Denmark, Tunisia, and either the United Arab Emirates, Australia or Peru, who are in a playoff series. England face Iran, the United States and the winners of the European playoff – Wales, Scotland or Ukraine.

The tournament will run from November 21 to December 18. It will be the first World Cup in the Middle East.

In 2020, US and Iran were on the brink of war after the US killed a top Iranian general and Tehran responded with retaliatory missile strikes at US forces based in Iraq.

Despite the serious nature of the US-Iran rivalry, Washington’s diplomatic Twitter sphere erupted with jokes after the World Cup draw held at the Doha Exhibition and Convention Center in Qatar on Friday.

Ali Vaez, Crisis Group’s Iran Project Director, joked that the U.S. government had set up a group to see what would happen in case of a drawn match.

“A US interagency working group has been set up in advance of the Iran game to determine if their offense can be deterred, the scope of follow-on negotiations in the event of a draw, and whether exchanging jerseys violates sanctions,” Vaez wrote.

Behnam Ben Taleblu, senior fellow at the Foundation for Defense of Democracies (FDD) think tank in Washington, said the Biden administration should use the chance to stand up for Iranian women.

According to Human Rights Watch, Iranian authorities prevented Iranian women from entering a football stadium in the city of Mashhad last month. World soccer governing body FIFA, in the past, has told Iran it is time to allow women into football stadiums.

The coaches meanwhile were intent on focusing on the match.

“I think it is about soccer at the end of the day and the best sign of friendship that you can make is competing hard on the field, in a fair way and that is what the World Cup is all about,” US coach Gregg Berhalter said.

There are few expectations for the US team in the tournament, which they did not qualify for in 2018 but now have a having a crop of promising young players.

Iran qualified for the World Cup in Russia four years ago, but they have never made it past the group stage.

“I am thinking only about football and not exterior things,” Iran’s coach Dragan Skocic said.

“I hope that football makes a good contact and good relationship between people and that is what people expect of sport,” added Skocic, who is Croatian.

Team USA last faced Iran at the World Cup when they lost 2-1 to the Gulf nation in 1998 in France.

“I remember that well,” said Berhalter on a call with reporters. “I was doing commentary for a Dutch TV station.

“That was the first time we competed against them. It was coming off of political tension between the two countries and it was a way to say that on the soccer field we’re still friends.” – Rappler.com