CLUTCH. The Philippines' Tahnai Annis (left) makes a last-ditch effort for the crucial equalizer to pave the way for the win.

The Philippines kicked off its campaign in the AFC Women’s Asian Cup qualifiers with a come-from-behind victory on Saturday, September 18 at the Jar Stadium in Tashkent, Uzbekistan.

The national women’s football team overcame its slow start with late goals from Tahnai Annis and Camille Wilson to secure the win over Nepal, 2-1.

In the 90th minute, the Philippines finally cracked through Nepal’s defense with Annis converting Jessica Miclat’s cross for the equalizer.

Two minutes later, Wilson capitalized on a scramble inside the box to fire a close-range strike for the win.

With the thrilling victory, the Philippines – ranked No. 68 in the world – moves within a win from its 10th Asian Cup appearance, which will pave the way for a chance to see action in the 2023 Women’s World Cup in Australia. 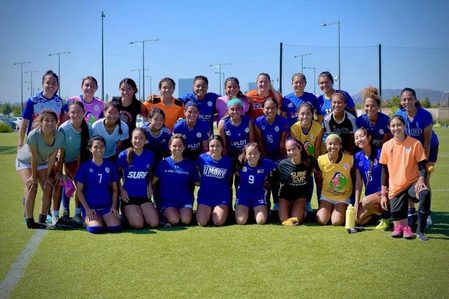 Nepal opened the scoreline early in the eighth minute with forward Bimala Chaudhary scoring a header that went past captain Inna Palacios, who failed to deflect the ball.

The Philippine team, which last saw action in the 2019 Southeast Asian (SEA) Games, had difficulty bringing the ball to the attacking third in the first half.

But in the last 20 minutes of the game, the Filipinas took possession and found their connection, orchestrating more chances by building from the back.

Nepal, coached by former Davao Aguilas FC coach Gary Phillips of Australia, was riding on a hot momentum after winning an international friendly over Bangladesh, 2-1, a week before the match. – Rappler.com