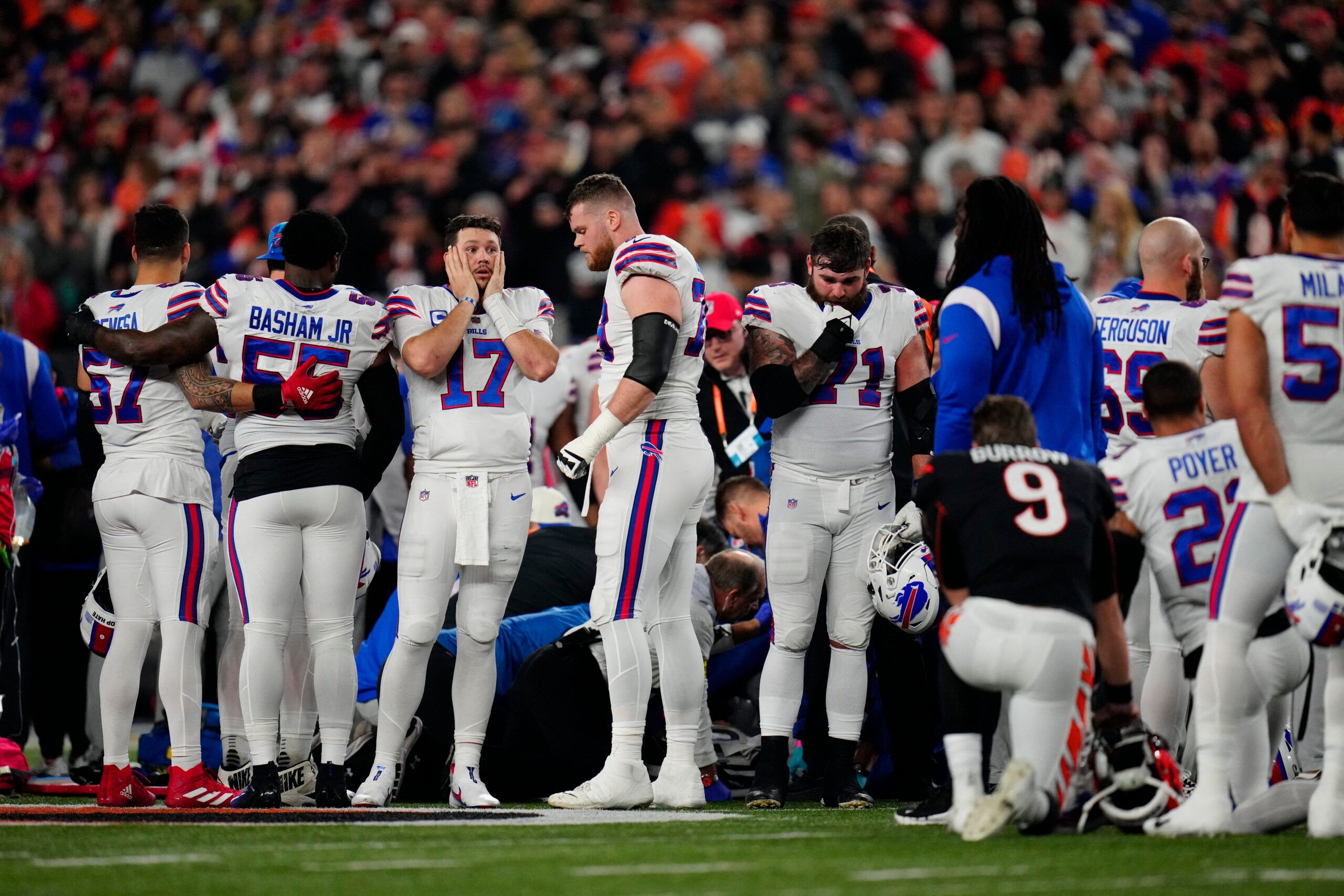 PRAYERS UP. The Buffalo Bills gather as an ambulance parks on the field while CPR is administered to Buffalo Bills safety Damar Hamlin (3) after a play in the first quarter of the NFL Week 17 game between the Cincinnati Bengals and the Buffalo Bills at Paycor Stadium in Downtown Cincinnati

Buffalo Bills safety Damar Hamlin was in critical condition after being given CPR and taken from the field in an ambulance during Monday’s (Tuesday, January 3, Manila time) National Football League game against Cincinnati.

The 24-year-old briefly got to his feet after making a tackle on the Bengals’ Tee Higgins with 5:58 remaining in the first quarter but then fell on his back.

The game was halted as medical staff quickly attended to him while players from both teams took a knee.

As Hamlin was taken to the hospital at 9:25 p.m. local time, players from both teams went to their dressing rooms, some with tears in their eyes.

“Hamlin received immediate medical attention on the field by team and independent medical staff and local paramedics. He was then transported to a local hospital where he is in critical condition.

“Our thoughts are with Damar and the Buffalo Bills. We will provide more information as it becomes available.”

Hamlins’ family came down from the stands to be with him as he was transported to University of Cincinnati Medical Center.

“Our hearts are with his family, loved ones, and the entire @BuffaloBills community.”

It was unclear when the game between two AFC contenders with the No. 1 seed hanging in the balance would be concluded.

The Bengals led 7-3 when the injury occurred.

Hamlin was drafted by the Bills in the sixth round, 212th overall, of the 2021 NFL Draft. – Rappler.com