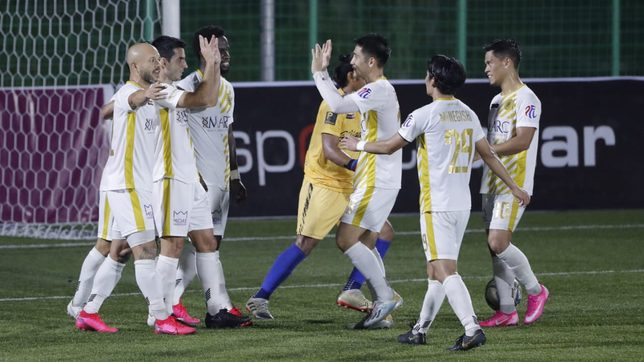 DEFENDING CHAMPION. United City FC remains to be the team to beat in the Philippines Football League.

The Philippines Football League (PFL) announced that it was targeting to open its 2021 season on July 17.

According to officials, the league decided to defer the Paulino Alcantara Cup which was slated to be held from April to May 2021 because of the surge of COVID-19 cases. Instead, the new season start date is now in July.

“The Copa Paulino Alcantara will not push through this year because of the current situation,” said Philippine Football Federation (PFF) president Mariano Araneta, Jr.

The PFL also took into consideration the June 2021 international window, when the Philippine Azkals compete in the FIFA World Cup Qualifiers in China. Also considered were the AFC Champions League play-off and group stages where, PFL clubs Kaya FC-Iloilo and United City FC will be competing.

Araneta also said they planned to offer free vaccines to all the league officials, teams, and staff before the kick-off date.

“The players are welcome to be vaccinated as it is protection with them,” added Araneta. “We’re giving them a choice as PFF will be spending for the vaccines. I’m confident that they will accept these vaccines.”

The league is also targeting an increase in the number of matches for this year with 28 to 84 matches being proposed to the clubs as the league expands to 6 to 8 teams.

In 2020, the league was played in a bubble setup in the PFF National Training Center in Carmona, Cavite, playing only 15 matches with 6 clubs.

United City FC won its first championship under its new club name. It was the former Ceres-Negros FC and was the PFL champion in the last 3 seasons. – Rappler.com