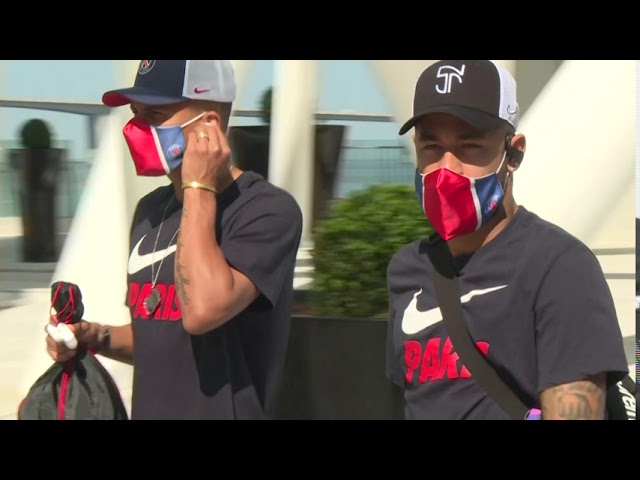 The 28-year-old Brazilian has COVID-19 as well as his Argentinian teammates Angel Di Maria and Leandro Paredes, the same anonymous sources said.

Earlier, the French club announced 3 of its players have tested positive for coronavirus, in a setback to the team’s preparations for the scheduled start of its Ligue 1 campaign next week.

French sports daily L’Equipe reported the players in question were Neymar, Di Maria and Paredes, but PSG did not reveal any names.

“Three Paris Saint-Germain players have confirmed positive Sars CoV2 tests and are subject to the appropriate health protocol,” PSG said in a statement.

“All of the players and coaching staff will continue to undergo tests in the coming days.”

The French champions, who last month lost the Champions League final to Bayern Munich, had already said on Monday that two unnamed players had reported back with coronavirus symptoms following a holiday.

L’Equipe reported the players in question were Argentinian duo Di Maria and Paredes. Now it claims Neymar is the other squad member to test positive.

The 3 were among several PSG stars who traveled to the Spanish Mediterranean island of Ibiza last week for a holiday in the aftermath of their Champions League campaign, mixing with friends and family after spending the previous weeks isolated in a secure bubble with teammates in Portugal.

That was after the controversial decision was taken to postpone a league game away at Lens, initially scheduled for last Saturday, in order to give the PSG squad a break after their Champions League ‘Final Eight’ exertions.

The match at Lens has been rescheduled for next Thursday, September 10, with PSG due to entertain Marseille 3 days later.

Strict French league rules stipulate that collective team training sessions must be canceled if a club has at least 4 positive tests over an eight-day period, with match postponements possible.

The cases raise questions about why the French league decided to postpone PSG’s match in Lens, only for so many of their players to travel abroad on holiday during a pandemic.

The postponement was granted in order to give PSG players a rest after their European run, despite France’s richest club having only played 5 competitive games in 6 months.

The last French season was ended early, with 10 rounds of matches unplayed, because of the health crisis, and the start of the new French season has already been impacted.

Marseille’s game against Saint-Etienne on August 21, which was set to be the season opener, was postponed. – Rappler.com