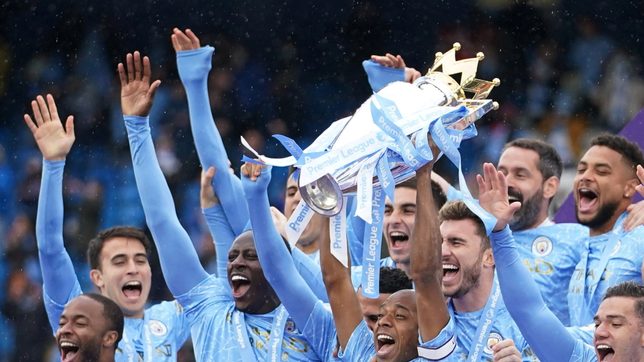 Manchester City players were all smiles as they celebrated their Premier League championship following a 5-0 drubbing of Everton in their final game of the season on Sunday, May 23.

The Sky Blues captured their third Premier League title in the last four seasons after finishing their campaign with 86 points, 12 more than rivals Manchester United.

Liverpool, which won the league last season, settled for a third-place finish.

Although already secured of the crown prior to the match, Manchester City still put on a show against Everton, with Sergio Aguero capping off his final season with the team in style.

Off the bench, Aguero scored twice and hiked his Premier League tally to 184 goals – the most by any player for a single club in the history of the English top flight league.

Manchester City fans from all over world joined in on the celebration.