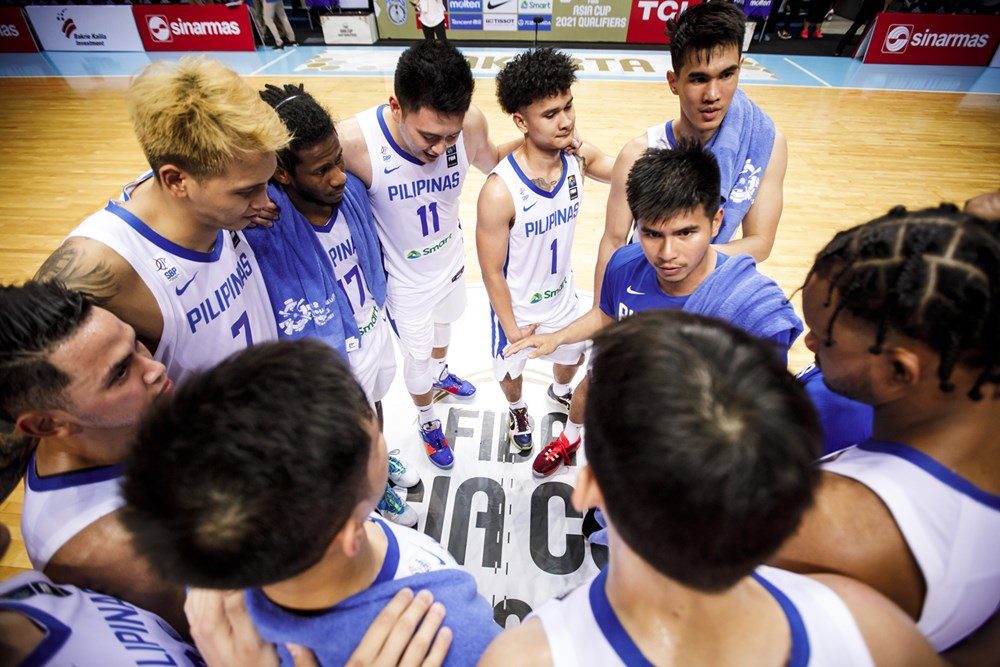 GILAS POOL. Gilas Pilipinas taps the help of the PBA for its proposed pool of players.

Facebook Twitter Copy URL
Copied
Chot Reyes and Gilas Pilipinas start to map out plans for a bevy of international competitions scheduled for the rest of the year, starting with the SEA Games

MANILA, Philippines – A 30-man Gilas Pilipinas pool heavily loaded with PBA players is in the works as national team head coach Chot Reyes met with league officials to map out plans for a string of international tournaments this year.

League commissioner Willie Marcial bared Reyes submitted a wishlist of PBA players that will comprise the pool following their meeting on Tuesday, March 1.

Gilas Pilipinas has a bevy of international competitions scheduled for the rest of the year, starting with Southeast Asian Games in Vietnam in May.

After the SEA Games, the national team will participate in the upcoming windows of the FIBA World Cup Asian Qualifiers, the FIBA Asia Cup in Indonesia July, and the Asian Games in China in September.

“I told them that they have the all out support of the PBA,” Marcial said in Filipino.

“We still need to get the approval of the board and the players and teams have to be informed. Then we will see how we can adjust the PBA schedule.”

Reyes previously said the possibility of collegiate players representing the country in the SEA Games is bleak as the biennial meet will coincide with the UAAP and NCAA seasons. If ever, it will be a repeat of the 2019 SEA Games, where a team comprised of PBA players – mostly from Barangay Ginebra – won the gold medal at home.

As things stand, there are only three Gilas Pilipinas players who have no other commitments: William Navarro, Jaydee Tungcab, and Tzaddy Rangel.