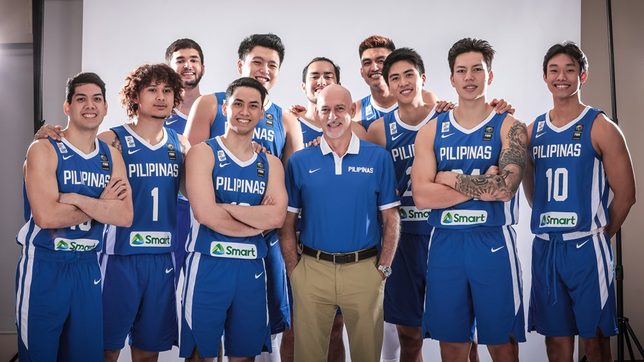 CHALLENGING. Looking for quality competition is a challenge Gilas Pilipinas faces in the middle of a pandemic.

Gilas Pilipinas has shelved its plans to play tuneup games overseas as preparation for its international tournaments in the middle of the year.

The national team is currently training at the Inspire Sports Academy in Calamba, Laguna to gear up for the FIBA Asia Cup Qualifiers and FIBA Olympic Qualifying Tournament – both in June.

“We cannot seem to bring our plans to fruition,” Baldwin said in the Power and Play with Noli Eala show on Radyo Singko.

“We had plans at the end of this bubble initially to go down to Australia and possibly New Zealand to get games against pro teams down there as preparation for the June calendar.”

But those plans had to be put aside due to the coronavirus pandemic and travel restrictions in several countries.

“You just cannot get in anywhere right now. Europe is closed, Australia is closed,” Baldwin said.

While Baldwin said the United States is a potential training destination, he argued that Gilas Pilipinas needs to play “real teams” in order to make progress as a team.

The Philippines is slated to face South Korea in the Asia Cup Qualifiers and Serbia and Dominican Republic in the Olympic Qualifying Tournament.

If playing abroad is ultimately ruled out, Baldwin has his fingers crossed that the national team can still compete against PBA teams.

“We’re just praying along the PBA that we can find a calendar for the PBA and hopefully we can use games against PBA teams as development,” Baldwin said. – Rappler.com