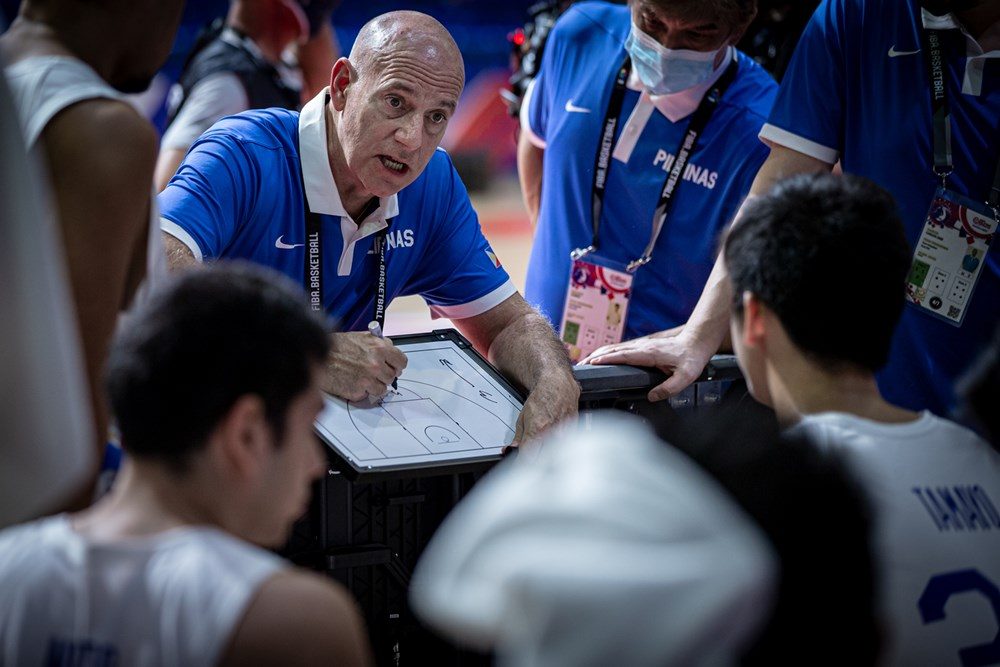 LESSON-FILLED. Tab Baldwin and Gilas Pilipinas returns home from the FIBA Olympic Qualifying Tournament in Serbia with an abundance of lessons.

Facebook Twitter Copy URL
Copied
'We can hang our heads if we want but that is not going to do any good,' says Tab Baldwin as Gilas Pilipinas arrives home from a winless Olympic qualifying stint

Winning will always be a goal, but head coach Tab Baldwin put things in perspective as Gilas Pilipinas concluded its FIBA Olympic Qualifying Tournament (OQT) stint in Serbia without a single win.

The Filipinos arrived home on Saturday, July 3 after failing to reach the OQT semifinals no thanks to a narrow loss to Serbia and a blowout defeat to Dominican Republic in the group stage.

“The biggest lesson is something we probably already know – we have a tremendous amount to learn and need to be able to treat measured success, real success, the same as we treat defeat and failure,” said Baldwin.

“Everything is a lesson for us right now.”

The all-cadet Gilas Pilipinas’ inexperience showed in the OQT as it fell short of what could have been a monumental upset of world No. 5 Serbia.

Up by a point midway through the fourth quarter, the Filipinos missed several crucial shots in the endgame while the Serbians rode on the back of NBA big man Boban Marjanovic to pull off an 83-76 win.

Brimming with confidence following its gallant stand against Serbia, the Philippines had world No. 19 Dominican Republic on its toes after seizing a two-point halftime lead.

But the Filipinos fizzled out in the last two quarters as the Dominicans earned a convincing 94-67 victory.

“We can hang our heads if we want but that is not going to do any good,” Baldwin said.

“I told the guys, look your questioners directly in the eye and understand that people have the right to question the way that we played and we answer the question – we played badly. Then we move on.”

“I think that is going to be one of the lessons that we have to take out of this because every day is not a great day, but every day is an opportunity to get better,” Baldwin added.

The lessons Gilas Pilipinas gained from the OQT will come in handy in August when it competes in the FIBA Asia Cup in Indonesia. – Rappler.com