How to watch Tokyo Olympics in the Philippines 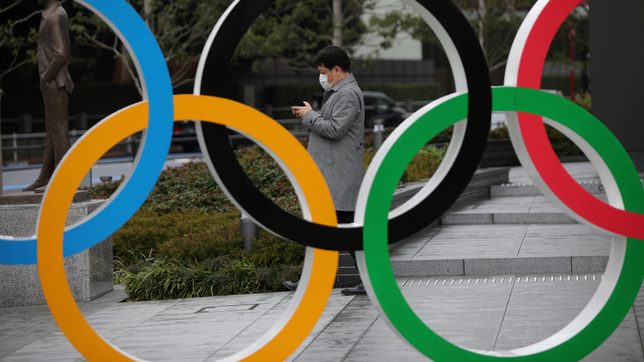 QUADRENNIAL SHOWPIECE. The Tokyo Olympics is set to come off the wraps on July 23

Facebook Twitter Copy URL
Copied
There are multiple ways to watch the Tokyo Olympics in the Philippines through free TV, pay TV, and online

Filipinos will have several athletes to root for when the Tokyo Olympics – postponed for a year due to the coronavirus pandemic – finally comes off the wraps on July 23.

So far, the Philippines have 10 athletes who have qualified for the Summer Games: four from boxing and one each from athletics, weightlifting, gymnastics, rowing, taekwondo, and skateboarding.

Rower Cris Nievarez, taekwondo jin Kurt Barbosa, and skateboarder Margielyn Didal were the latest to qualify for the Olympics.

With several Olympic qualifiers set to be staged in the coming weeks, more Filipinos are expected to advance to the quadrennial meet.

Here is how to watch the Tokyo Olympics in the Philippines:

As the official broadcaster of the Tokyo Olympics, TV5 and One Sports will broadcast the games live daily.

Cignal head of marketing Guido Zaballero said the free TV coverage will be “focused on our Filipino athletes, some gold medal matches, and relevant sports and events.”

Cignal subscribers have access to more Olympic content as One Sports+ will air eight hours of coverage daily.

Also, Cignal will have two pop-up channels dedicated to the Olympics.

The Olympics can be streamed online multiple ways.

Fans can watch the Games on Cignal Play through its website (cignalplay.com) or app, which can be downloaded from the Apple Store and Google Play Store.

PLDT will offer 10 channels dedicated to the Olympics to select Triple Play subscribers.