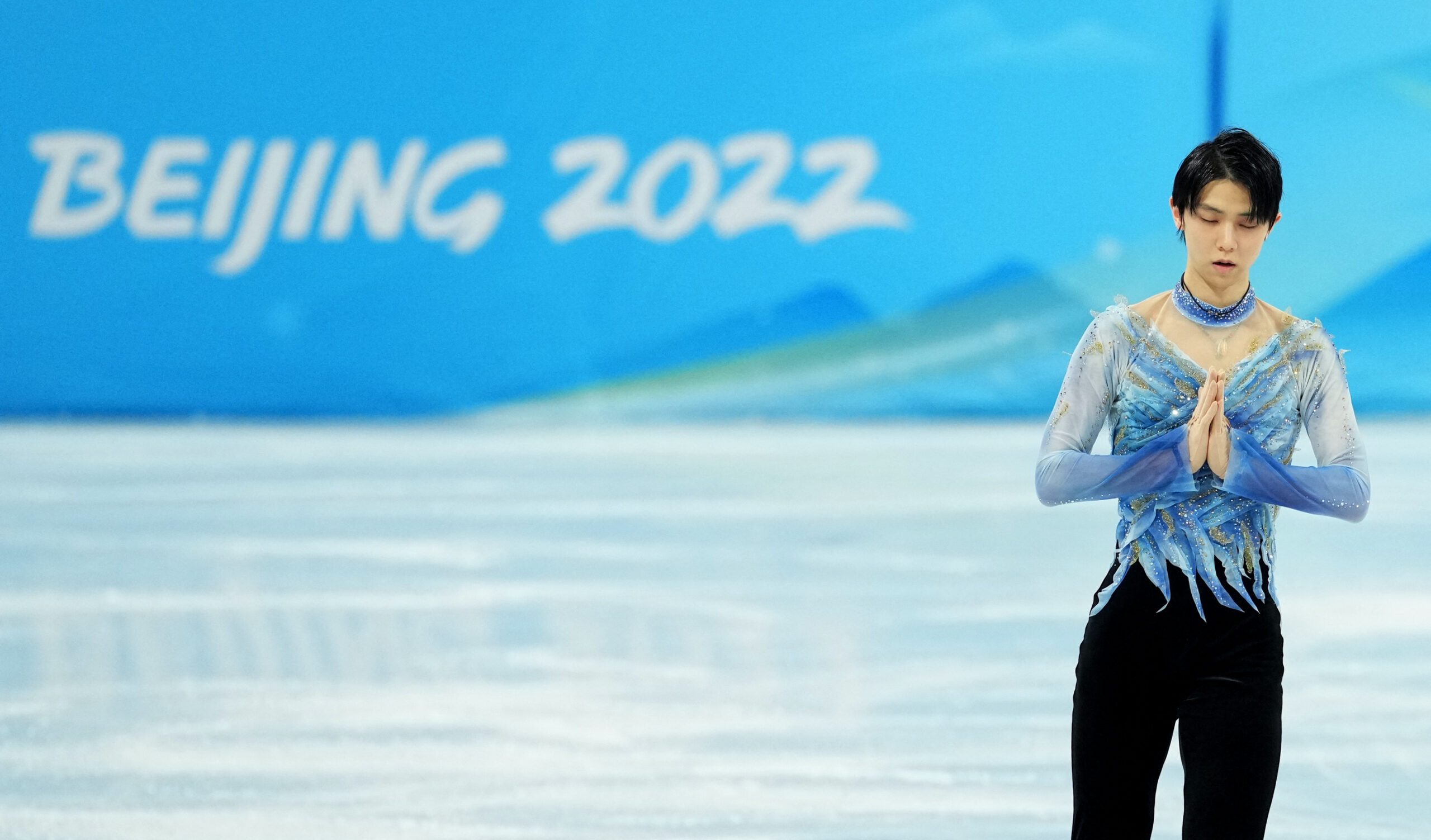 UPSET. Yuzuru Hanyu of Japan reacts after his performance.

BEIJING, China – Yuzuru Hanyu, widely regarded as one of the best male figure skaters of all time, found himself wondering if he had fallen out of favor with the ice after a rare mistake on Tuesday, February 8.

Far from the dazzling performances that won him gold at the last two Olympics, the Japanese “Ice Prince” landed eighth in the men’s short program at the Beijing Games after a missed opening quadruple Salchow jump cost him precious points.

“To be honest, I’m wondering, did I do something wrong? Is it because I did something bad that it turned out like this?” he said, blaming a divot in the ice for making him skip the jump.

Hanyu told reporters he had gone into the Games comfortable with his level of concentration as well as his much-talked-about decision to arrive in Beijing just two days before competition.

“That’s especially why… I can’t come to terms with it,” he said.

“Nothing was wrong with my skating, so I’m thinking maybe the ice doesn’t like me anymore,” he said, forcing a laugh.

He will go into the final free skate on Thursday 18.82 points behind American Nathan Chen, who finished top of the table by beating Hanyu’s world record with 113.97 points.

At the last Olympics in Pyeongchang, Chen – also a gold-medal contender then – missed the podium after a disastrous 17th-place finish in the short program.

Hanyu may yet find redemption on Thursday, when he is looking to become the first skater ever to land the quadruple Axel rotation jump considered impossible by most.

With his unrivaled stardom, the 27-year-old has set up the free skate event as one of the Games’ highlights with buzz building around the quad Axel or “4A” attempt in his performance to “Ten to Chi to” or “Heaven and Earth.”

He confessed a day earlier that he had yet to land it successfully.

“I’m confident with the performance aspect (of the program). The rest, God only knows.”

Fellow Japanese Shoma Uno, who has been in the shadows of Hanyu’s long-spanning career, commended his compatriot for enduring the pressure of fame and scrutiny.

“Yuzu is truly a priceless presence,” said Uno, who placed third in the short program. “He carries a weight that none of us can, and overcomes that pressure every single day.” – Rappler.com