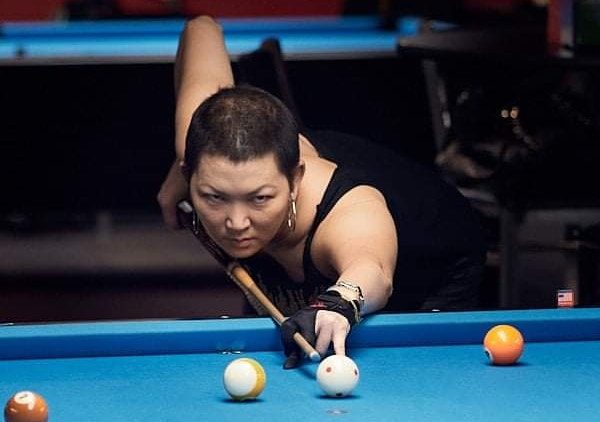 SATISFIED. Jeanette Lee says she is happy with the way she performed in her first professional tournament since getting diagnosed with cancer.

Nothing can stop billiards icon Jeanette Lee from playing, not even cancer.

Lee returned to professional pool action in the Diamond Open in Aiken, South Carolina over the past week, nearly eight months since announcing she is battling stage 4 ovarian cancer.

While she already completed chemotherapy, the Hall of Famer admitted she is far from her deadly form that earned her the moniker “Black Widow.”

“I wanted to find out how I would do in a tournament and I enjoyed it thoroughly, but I learned that I’m not quite ready to be out there, not just my game, but my body,” Lee said.

“My stamina was not there. By the second day, my pain levels were through the roof,” she added.

Still, Lee was satisfied with the way she played, saying she finished seventh to eighth in the tournament that drew some of the best players in the world, including her rival and friend Allison Fisher.

Filipino Dennis Orcollo also saw action in the Diamond Open after a semifinal finish in the recent US Open Pool Championship.

“[It] was excellent considering I have not really been competing in years. I’m happy how I performed overall,” Lee said.

The 50-year-old rose to prominence in the 1990s as she previously ranked as the No. 1 female player in the world and won a gold medal in the 2001 World Games in Japan.

During her heyday, Lee had a fierce, trademark look with her long black hair and all-black outfit.

Although she lost her hair due to cancer treatment and sported a bald hairstyle in the Diamond Open, Lee remained a solid competitor, far from what her doctors said that she only had a “few months to a year left to live.”

“I can only get better from here, both in my game, and my health, and stamina. I may never get my game back but a girl can dream, and I dream to become better than I ever was,” Lee said. – Rappler.com