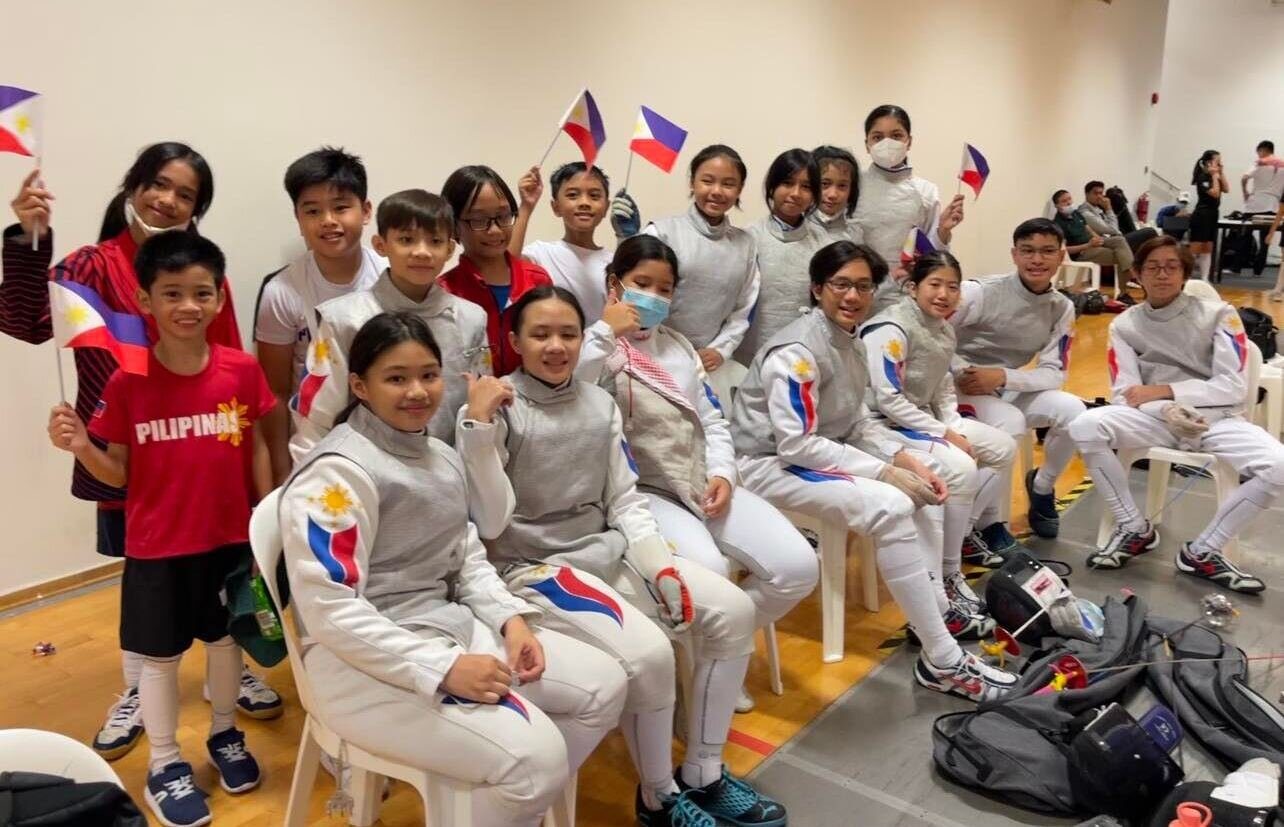 Tan, a student of St. Jude Catholic School, bagged her first gold medal in an international tournament as she ruled the 12-and-under category with a dominant 10-4 win over Chinese-Australian Zhang June Irina in the annual event held for the first time with foreign participants in the COVID-19 period.

Canlas, who studies at Holy Family Parochial School in Pasig City, also pocketed her first gold medal abroad following her impressive 8-2 victory against Zhang Linao of host Singapore in the U10 division.

CF, the top fencing club in the country, also earned five bronze medals courtesy of Amber Diaz in U10 women’s foil, Victoria Ebdane in U12 women’s foil, and Sophia Catantan in the U14 women’s foil.

Overall, it was an impressive campaign for CF particularly to those who made their international debut, including Willa Liana Galvez, the 11 year-old Grade 6 student of University of the East who placed 11th in U12 women’s foil out of 29 participants.

Backed by NLEX, San Miguel Corporation, Rain or Shine, Converge, NorthPort, and Smart Sports, Galvez nearly barged to the top 8 for a shot at the medal round. She went 3-2 in her pooling, defeated CF teammate Aliyah Diaz 10-7 in the direct elimination Round of 32, but lost 10-4 to a taller and more experienced opponent in sixth-ranked Radzuan Nur Mohd of Malaysia in the Final 16.

“With two gold medals in the tournament, we’re very satisfied with the results we got in the Minime Singapore,” said former national team mentor Amat Canlas., co-founder of CF with Sally Aramburo. “We could have won a few more like in the team, but with three bronze, still an accomplishment for the CF fencers.”

“The work continues, the training of our fencers because after the Singapore event, we now look forward to a few more tournaments towards the end of the year, including another Minime tournament either in Jakarta or in Kuala Lumpur where we hope to win medals.”

Meanwhile, six CF fencers will join the Thailand Fencing Federation Minime on September 23 to 26 in Bangkok. They are Tan and Ebdane in the  U12 and U14, Manuel in U14, Diego Son in U14 men’s epee, and Simone Maria Atilano in U14 women’s sabre. – Rappler.com