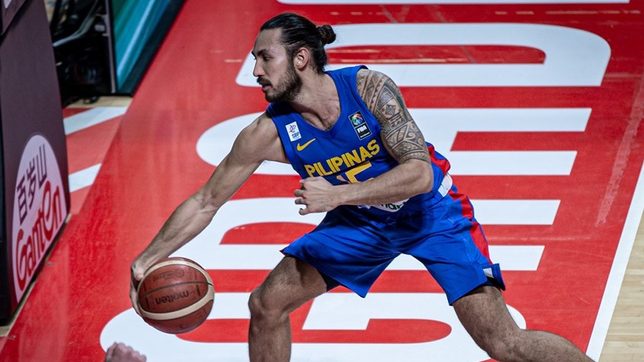 Gilas Pilipinas member Jordan Heading is set to see action in the T1 League of Taiwan after signing with the Taichung Suns, the club announced on Wednesday, October 20.

Taiwan is a familiar place for Heading as he studied at the Morrison Academy in Taichung.

“His skills are well received by the team,” the Suns said. “[We] believe he can inject more [energy] into the Suns when he returns to Taichung.”

Nabbed by Terrafirma as the top pick in the special Gilas Pilipinas round of the previous PBA Draft, Heading has impressed in his first two international tournaments for the national team.

Heading averaged 6.5 points and 1.5 assists in the final window of the FIBA Asia Cup Qualifiers, where the Philippines beat Korea twice and mauled Indonesia for an undefeated group stage run.

The sharpshooting guard then upped his numbers in the FIBA Olympic Qualifying Tournament in Serbia as he normed 14.5 points, 3 assists, 1.5 rebounds, and 1 steal.

He is the third Filipino to pursue an overseas career in Taiwan after Jason Brickman joined the Kaohsiung Aquas and Caelan Tiongson came out of retirement to reinforce the Taoyuan Leopards. – Rappler.com