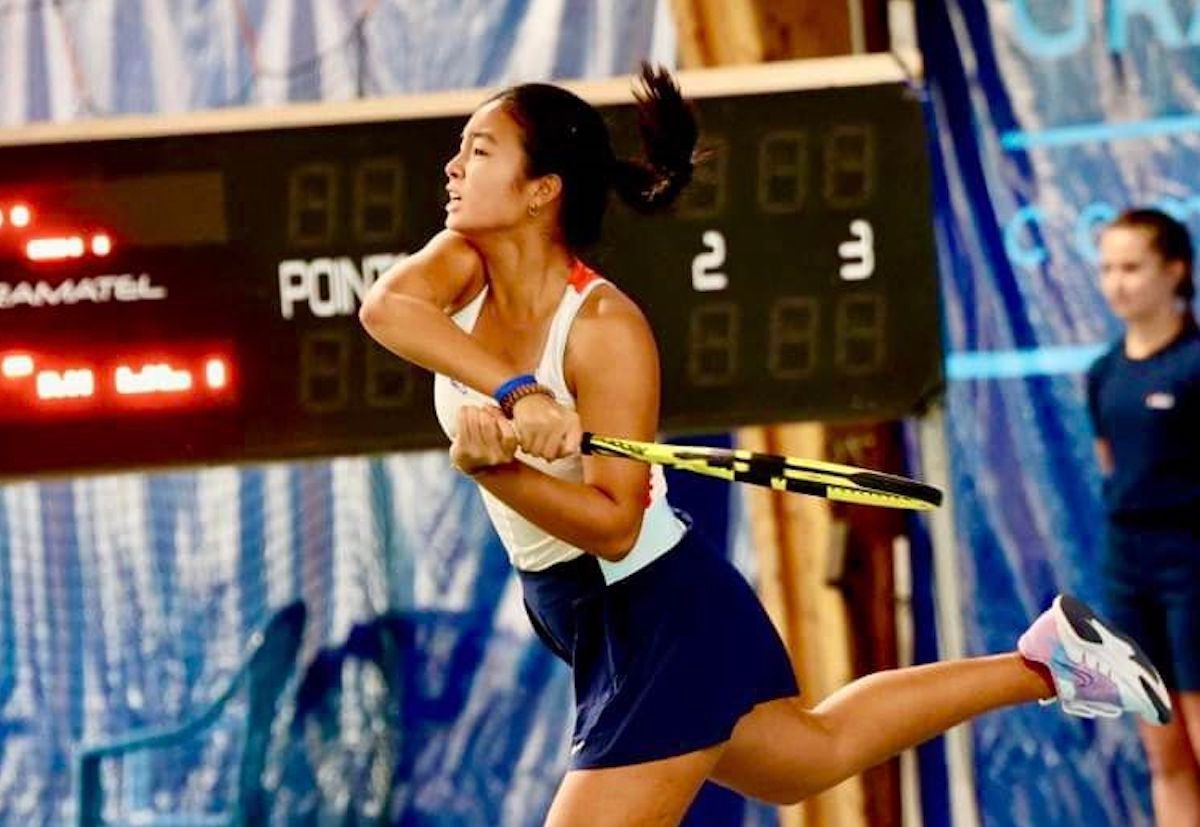 MOVING ON. Alex Eala punches her semifinals ticket in the W80 Poitiers with a dominant win.

Facebook Twitter Copy URL
Copied
Pitted against a foe seven years older and ranked 95 spots higher, Alex Eala still proves to be the superior player as she advances to the W80 Poitiers semifinal

Eala barged into the semifinal of the W80 Poitiers in France after making quick work of Croatia’s Ana Konjuh, 6-2, 6-3, in the quarterfinal on Friday, October 28.

Pitted against a foe seven years older and ranked 95 spots higher by the Women’s Tennis Association (WTA), the 17-year-old Eala still proved to be the superior player as she wrapped up the match in 1 hour and 16 minutes.

Konjuh, whose career highlight is a quarterfinal appearance in the 2016 US Open, pulled even at 3-3 in the second set before WTA No. 248 Eala clinched the win by winning the next three games.

Eala outlasted Konjuh in a lengthy seventh game marked by five deuces and went on to break the Croatian in the eighth game for a 5-3 advantage.

On the cusp of a semifinal berth, Eala broke a 15-15 deadlock and won three of the next four points, the last coming off a Konjuh error, to advance.

Her semifinal appearance in the $80,000 tiff is the farthest Eala has gotten in a tournament since she won the US Open girls’ championship in September.

The 2021 W15 Manacor and 2022 W25 Chiang Rai champion, Eala looks to redeem herself as she crosses path with Belgium’s Ysaline Bonaventure anew in the final four.

Bonaventure, the WTA No. 105, eliminated Eala in Hamburg following a swift 6-4, 6-0 win before she fell short of the crown in the finals. – Rappler.com