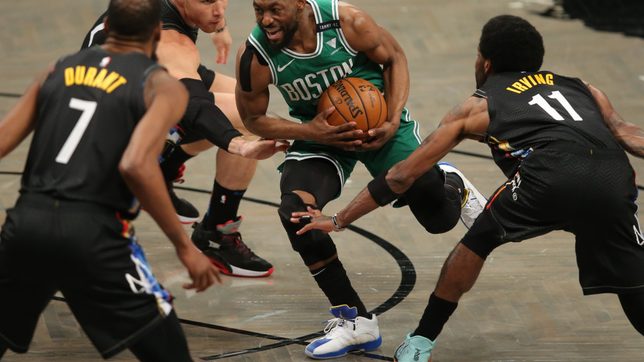 ALL-STAR. Kemba Walker has averaged nearly 20 points in two seasons with the Celtics.

The Celtics acquired Walker from the Charlotte Hornets in a trade on July 6, 2019, that sent Terry Rozier to Charlotte. The two also swapped second-round draft picks. Before the trade, Walker signed a four-year, $140.8 million max contract with the Hornets – with half still due to him.

Walker struggled with injuries, primarily to his left knee, throughout the 2020-2021 season. He was limited to 43 regular-season games and missed the final two games of the Celtics’ loss to the Brooklyn Nets in the first round of the playoffs.

The trade sends the 35-year-old Horford back to Boston, where he played from 2016-2019. He was a healthy scratch for Oklahoma City the final 28 games of the season and has two years and $53.5 million remaining on his contract.

Oklahoma City now has three first-round picks in the 2021 draft: No. 16, No. 18 (acquired from the Miami Heat) and their own, which will be determined in the NBA draft lottery on Tuesday. – Rappler.com