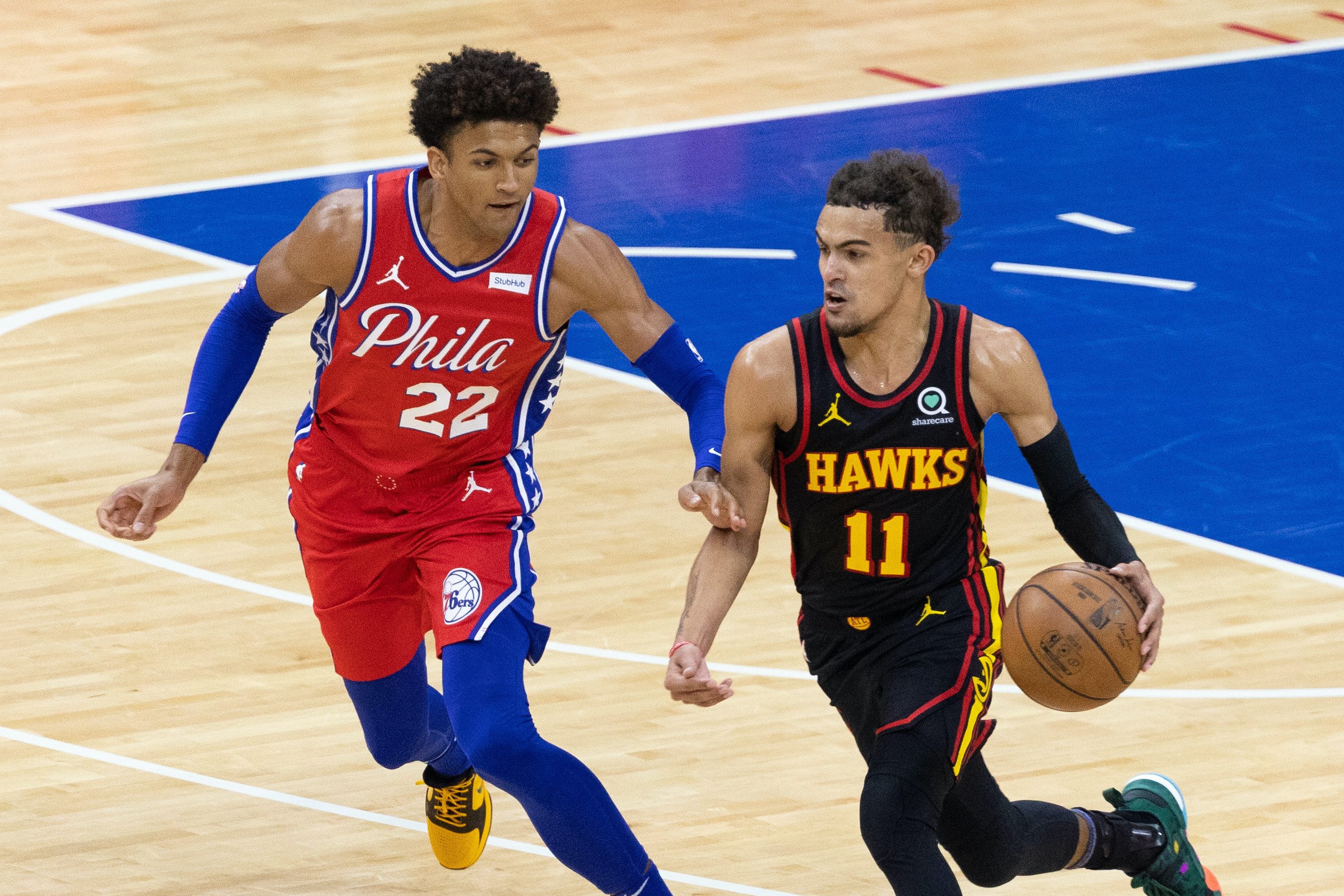 Trae Young had 35 points and 10 assists and the fifth-seeded Atlanta Hawks upset the top-seeded and host Philadelphia 76ers, 128-124, in the opening game of the Eastern Conference semifinals on Sunday, June 6 (Monday, June 7, Manila time).

John Collins and Bogdan Bogdanovic added 21 each, while Kevin Huerter had 15 for the Hawks, who are competing in this playoff round for the first time in five years. Clint Capela also had 11 points and 10 rebounds.

Joel Embiid had been questionable to play with a small lateral meniscus tear in his right knee, but he finished with 39 points, 9 rebounds, and 3 blocked shots in 38 minutes.

Seth Curry added 21 points, Tobias Harris had 20 points and 10 rebounds, and Ben Simmons chipped in with 17 points and 10 assists for the Sixers.

Atlanta made 20 of 47 shots from beyond the three-point arc.

The Hawks played without De’Andre Hunter, who sat out with right knee soreness.

The Hawks jumped out to a 42-27 lead at the end of the first quarter. They opened the second on a torrid pace as well and extended the advantage to 53-27 after a three-pointer by Bogdanovic capped a 17-0 run.

Atlanta led 74-54 at halftime thanks in large part to Young’s 25 points.

Embiid paced the Sixers with 17. But they looked sloppy and disjointed on offense throughout and committed 12 turnovers in the first half.

The Sixers came out aggressive in the third, and when Danny Green secured an offensive rebound and scored, they pulled within 79-64 with 8:44 left.

After the Sixers cut the deficit to 14, Collins came back with a three-point play as the Hawks moved ahead 105-88 with 9:07 remaining.

Philadelphia managed to close within 118-111 with 1:41 to go after Curry dropped in a 3-pointer from the corner.

Embiid scored on the next two possessions and the deficit was suddenly 3 points.

Bogdanovic then hit a trey and the Hawks moved back ahead by six.

The Sixers got within two in the waning seconds after a steal and dunk by Simmons before Bogdanovic made two free throws with 8.9 seconds left to seal it. – Rappler.com