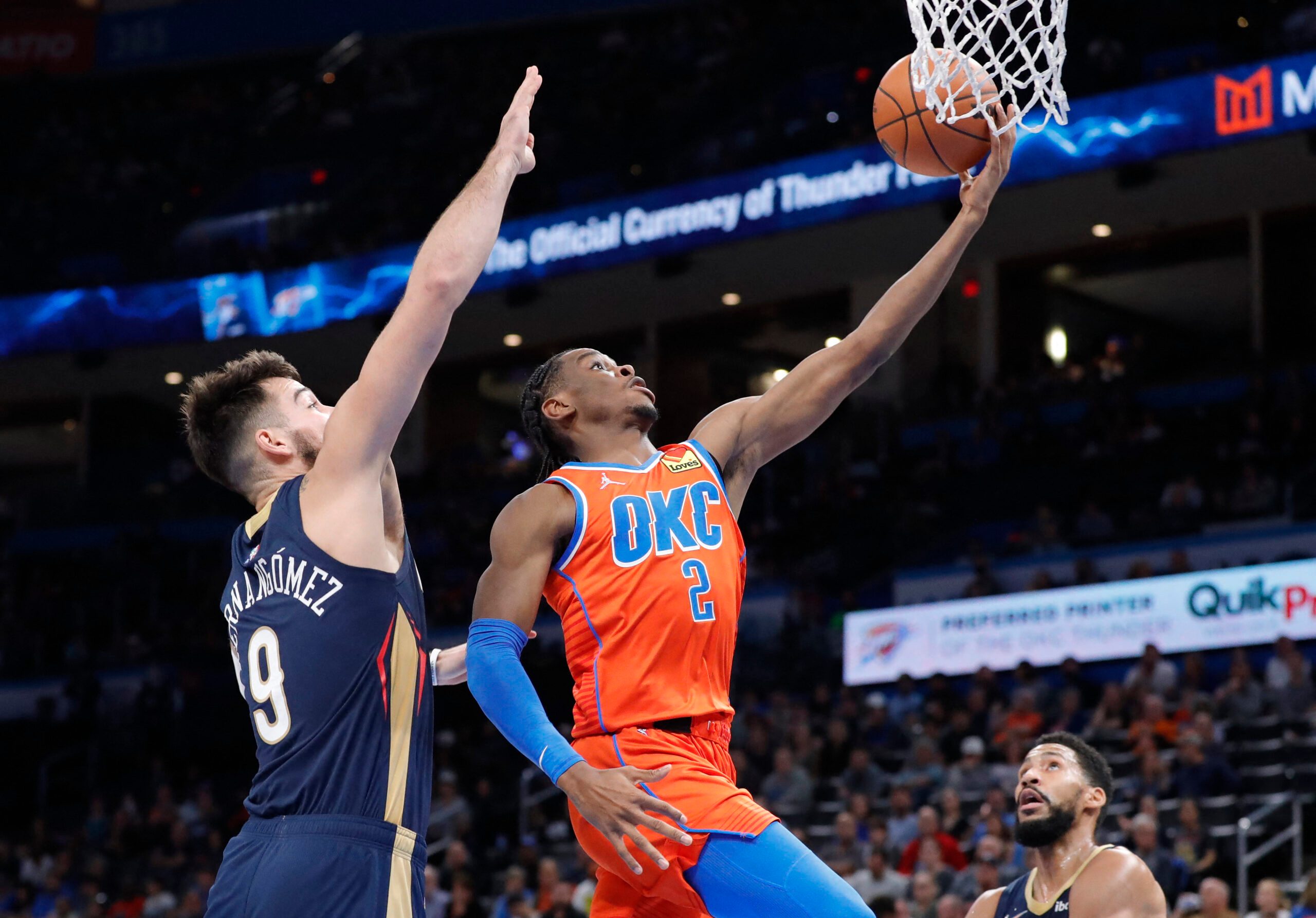 Shai Gilgeous-Alexander scored 31 points to lead the Oklahoma City Thunder to a 117-112 win over the visiting New Orleans Pelicans on Sunday, December 26.

Rookie Aaron Wiggins had 24 points on 8-of-10 shooting for the Thunder, who have won four of five. The loss snapped the Pelicans’ four-game winning streak.

New Orleans’ Brandon Ingram left the game late in the first quarter with left Achilles soreness and did not return.

Josh Hart scored a season-best 29 points to lead the Pelicans while Garrett Temple had a season-high 22 off the bench.

Oklahoma City led by as much as 17 early, but the Pelicans wouldn’t go away.

With a 9-0 run early in the fourth quarter, New Orleans took its first lead since the first two minutes of the game.

But the Thunder regained control quickly and hung on for the win.

Oklahoma City got off to a hot start, leading 17-3 less than four minutes into the game.

The Pelicans missed six of their first seven shots and turned the ball over twice in that span while Oklahoma City started 6 of 7 from the field.

Wiggins scored seven points in the first 3:38, topping his season high for scoring.

The Thunder led 32-18 after one, scoring 12 points on seven New Orleans turnovers. Oklahoma City’s Luguentz Dort had four assists in the opening quarter.

The Pelicans trimmed the Thunder’s lead to eight by halftime, and kept creeping closer in the third, pulling to within two with eight consecutive points over less than a minute early in the quarter.

That stretch was fueled by Hart, who hit a 3-pointer, pulled down a rebound on the other end and finished with a layup, then had a steal that helped create a Herbert Jones 3-pointer.

Jeremiah Robinson-Earl added 15 for the Thunder.

The Thunder’s Darius Bazley and Tre Mann both missed the game due to the NBA’s health and safety protocols. It was the first missed action due to COVID-19 for an Oklahoma City player this season.

New Orleans was also without Jonas Valanciunas for the second consecutive game due to a non-COVID illness. – Rappler.com