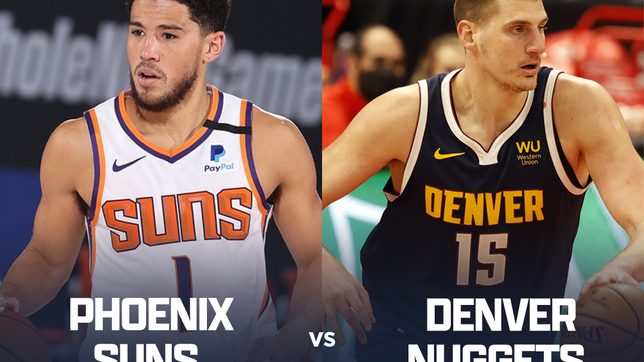 Facebook Twitter Copy URL
Copied
With momentum clearly on Phoenix’s side, will the Suns complete a 4-0 semis sweep, or will the Nuggets live to fight another day?

After another convincing 116-102 victory over the Denver Nuggets in Game 3, the Phoenix Suns are now only one win away from advancing to the Western Conference Finals for the first time in over a decade.

With superstar guards Devin Booker and Chris Paul leading the way, the Suns have an average winning margin of 18 points over the Nuggets in the first three games of their best-of-seven series.

In Game 3, Booker, who is currently averaging 27.2 points per game in his first ever postseason appearance, had 28 points, 6 rebounds, and 4 assists to lead all Suns scorers.

Paul, meanwhile, continues to shine for the Suns as he finished with an all-around game of 27 points, 8 assists, 6 rebounds, and 3 steals in the road victory.

On the other hand, the Nuggets still couldn’t get over the hump despite an incredible triple-double performance by NBA MVP Nikola Jokic, who finished with 32 points, 20 rebounds, and 10 assists.

After a Cinderella run in last year’s NBA bubble where they overcame two 3-1 series deficits to reach the Western Conference Finals, the odds are tougher for the Nuggets this year as no team in NBA history has ever come back from a 3-0 series hole.

With momentum clearly on Phoenix’s side, will the Suns complete a 4-0 second-round sweep, or will the Nuggets live to fight another day?