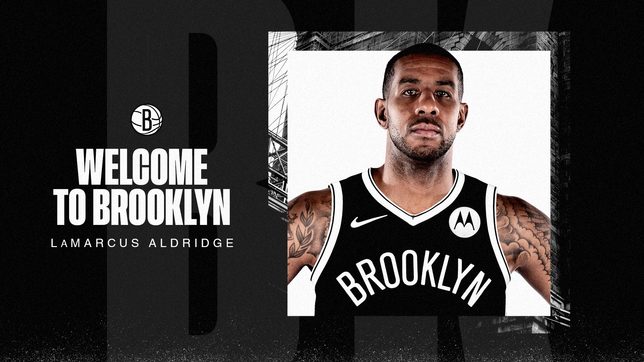 NEW SQUAD. LaMarcus Aldridge joins the Nets, his third team in the NBA.

Veteran big man LaMarcus Aldridge signed a deal for the rest of this season with the Brooklyn Nets on Sunday, March 28 (Monday, March 29, Manila time), a day after multiple outlets reported the two had agreed to terms.

The Nets tweeted out a photo of Aldridge signing his contract on Sunday night. According to multiple reports, the deal is for the veteran minimum for the remainder of this season.

Aldridge became a free agent Thursday after the San Antonio Spurs bought out the remainder of his $72 million contract.

Aldridge joins a frontcourt that includes Blake Griffin, another addition from the buyout market. Griffin signed a one-year free-agent contract with Brooklyn earlier this month as the Nets – at 2nd place in the Eastern Conference – gear up to try to make a deep postseason run.

Aldridge, 35, was in the final year of a three-year deal he signed in 2017. He was making $24 million this season, his 15th in the NBA, with The Athletic reporting he gave back $7.25 million in salary to facilitate his departure from the Spurs.