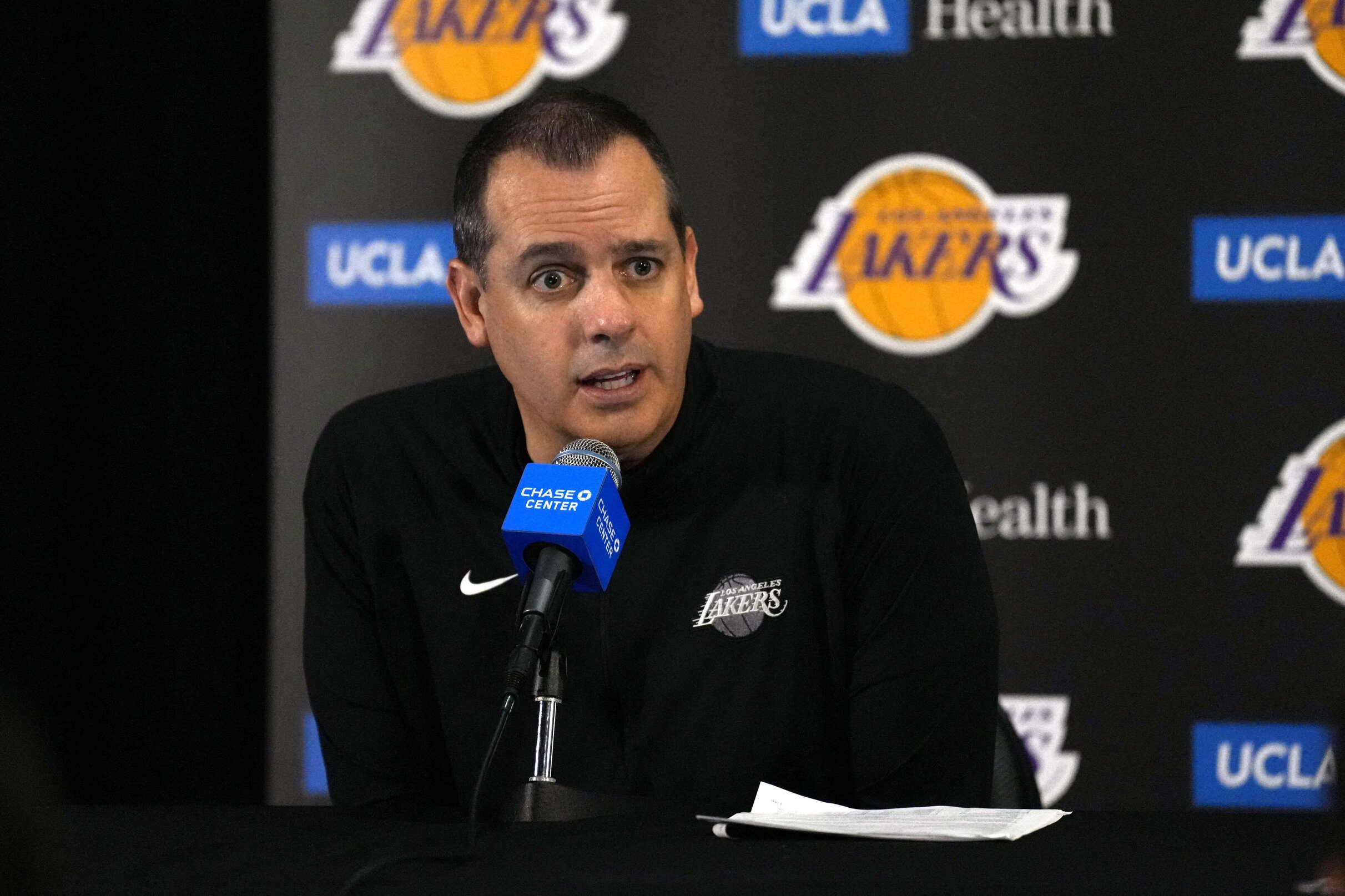 PARTING WAYS. Coach Frank Vogel finishes with a 127-98 record in three seasons with the Lakers.

Facebook Twitter Copy URL
Copied
‘This is an incredibly difficult decision to make, but one we feel is necessary at this point,’ says Lakers general manager Rob Pelinka of the dismissal of coach Frank Vogel

The move was expected since the Lakers’ bid to reach the postseason ended last week.

“I have a tremendous amount of respect for Frank both on and off the court,” Lakers general manager Rob Pelinka said in the press release. “Frank is a great coach and a good man. We will forever be grateful to him for his work in guiding us to the 2019-20 NBA championship. This is an incredibly difficult decision to make, but one we feel is necessary at this point. All of us here wish Frank and his wonderful family all the best for the future.”

“I respect Frank as a coach and as a man. He’s a man who gives everything to the game,” Lakers star LeBron James said earlier Monday. “At the end of the day I don’t know what’s going to happen with Frank and him being here, but I have nothing but respect for him.”

Pelinka said Vogel was informed of the franchise’s decision in a face-to-face meeting and denied he made any decision prior to the end of the season. He said reports as early as late February that the Lakers were parting with Vogel were not “based in fact.”

One candidate who interviewed with Pelinka during the previous coaching cycle, fellow Michigan man Juwan Howard, is reportedly interested in the job. Howard led the Wolverines to the Sweet 16 in the 2022 NCAA Tournament. Pelinka played at Michigan.

But Pelinka said the team has yet to make a list of candidates, a process he claimed would start Monday. – Rappler.com