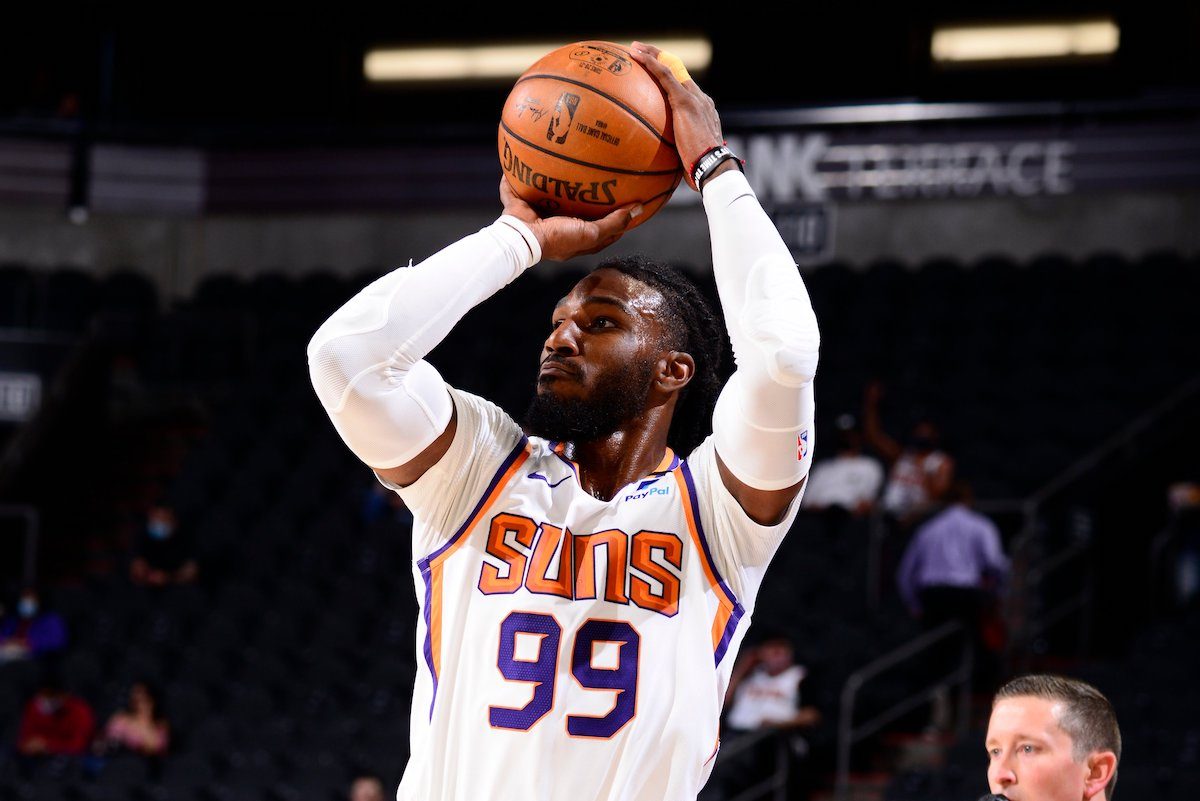 The Phoenix Suns and Jae Crowder have agreed that the veteran forward won’t report to training camp when it starts on Monday, August 26, as the club attempts to trade him, according to multiple reports.

The 32-year-old Crowder is entering the final season of a three-year deal. He is slated to earn $10.1 million this season.

On Sunday, Crowder sent out a post on Twitter in an attempt to explain his side of the dispute.

“One must seek work where he is wanted … where he is needed!” wrote Crowder, who primarily posts in all caps.

“I am thankful for what these past two years have taught me. Now, I must take on another challenge with continued hard work and dedication. For those of you who closed the door on me … thank you! 99 back soon!”

Phoenix plans to give fourth-year pro Cameron Johnson a bigger role this season, but it isn’t known if that is the only tension between the defensive-minded Crowder and the Suns.

When a Phoenix-area writer tweeted Friday about things to watch during training camp, Crowder tweeted “99 won’t be there!” referencing his jersey number. Crowder later deleted the tweet.

Crowder averaged 9.4 points and 5.3 rebounds in 67 games (all starts) last season, his second with the club.

In his first campaign, the Suns reached the NBA Finals before losing to the Milwaukee Bucks. Crowder averaged 10.1 points and 4.7 rebounds in 60 games (42 starts).

Crowder’s next team will be his eighth in 11 NBA seasons.

Phoenix opens the regular season against the visiting Dallas Mavericks on October 19. – Rappler.com