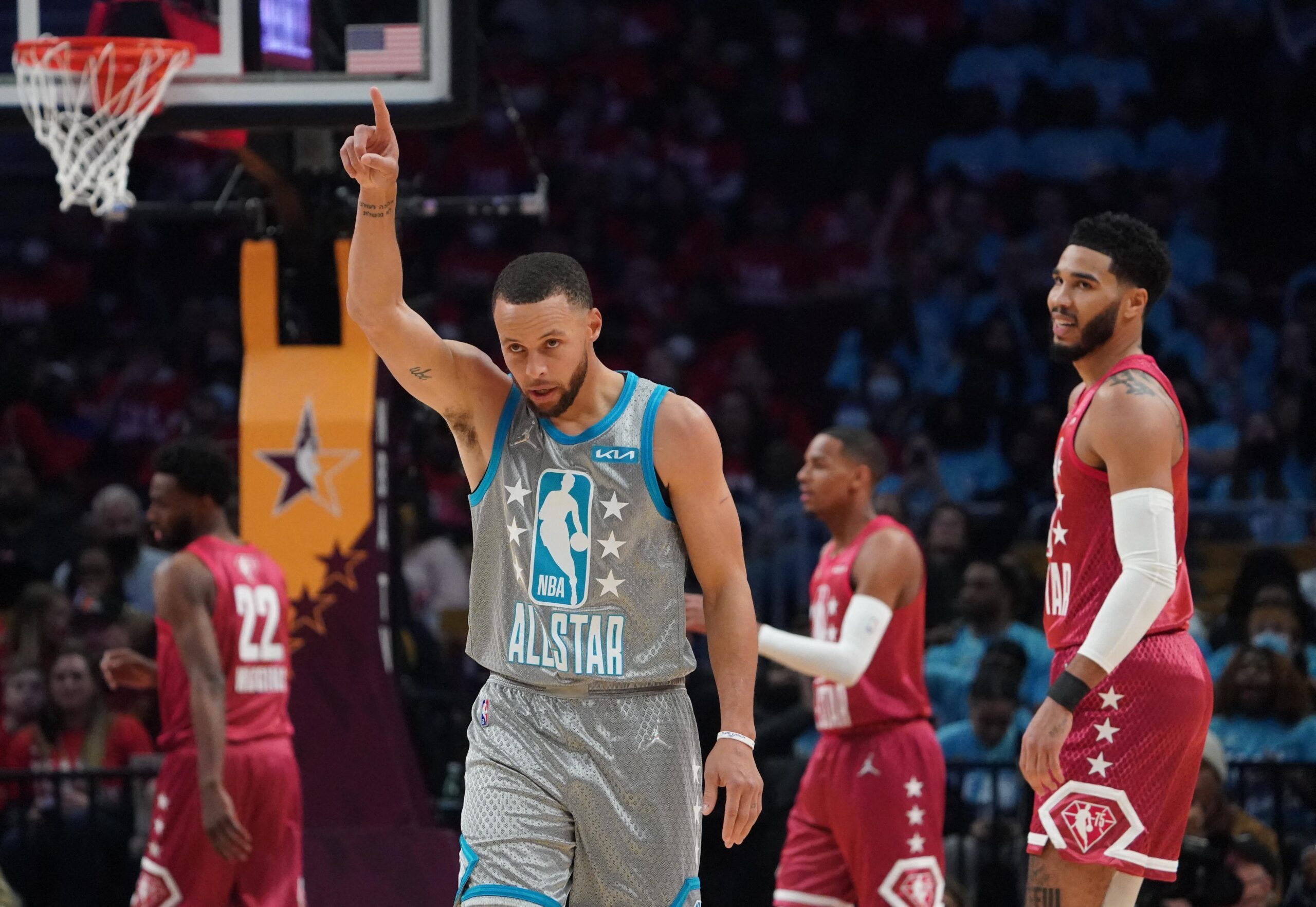 Stephen Curry dropped 50 points and set an All-Star Game record with 16 three-pointers to give Team LeBron a 163-160 victory over Team Durant in Cleveland on Sunday, February 20 (Monday, February 21, Manila time).

Joel Embiid of the Philadelphia 76ers had 36 points and 10 rebounds to lead Team Durant.

LeBron James of the Los Angeles Lakers hit the game-ending shot to reach the target score and give Team LeBron the victory.

Giannis Antetokounmpo of the Milwaukee Bucks had 30 points and 12 rebounds for Team LeBron. James scored 24 points while playing in his 18th All-Star Game, one shy of Kareem Abdul-Jabbar’s record.

The third quarter ended with Team Durant holding a 139-138 lead. That set the target winning score at 163 with the NBA adding 24 points to the leading total after three quarters. It is the third straight year the formula has been part of the game.

Curry’s 16th three-pointer gave Team LeBron a 144-139 lead. Embiid’s three-point play later pulled Team Durant within 151-150 and then he sank two free throws to give his team a one-point lead.

Curry attempted 27 three-pointers and was 17-of-30 overall from the field.

Chris Paul of the Phoenix Suns played 2:19 for Team LeBron despite having a fractured right thumb that will sideline him for six to eight weeks. Donovan Mitchell of the Utah Jazz missed the contest due to a non-COVID illness.

Also, injured Kevin Durant (knee) of the Brooklyn Nets did not partake in the festivities due to the death of his grandmother earlier Sunday.

Between halves, members of the NBA’s 75th anniversary team were honored.

When play resumed, Curry went into lava-hot mode and knocked down 5 three-pointers in 128 seconds, including shots from 37 and 33 feet. His second three-pointer during the stretch – a 25-footer with 8:37 remaining in the third quarter – was his 10th to break George’s record.

Curry added 2 more three-pointers later in the stanza to take a total of 15 into the final quarter. Both teams scored 45 points in the third period.