NBA Finals within reach as Lakers trounce Nuggets in Game 4 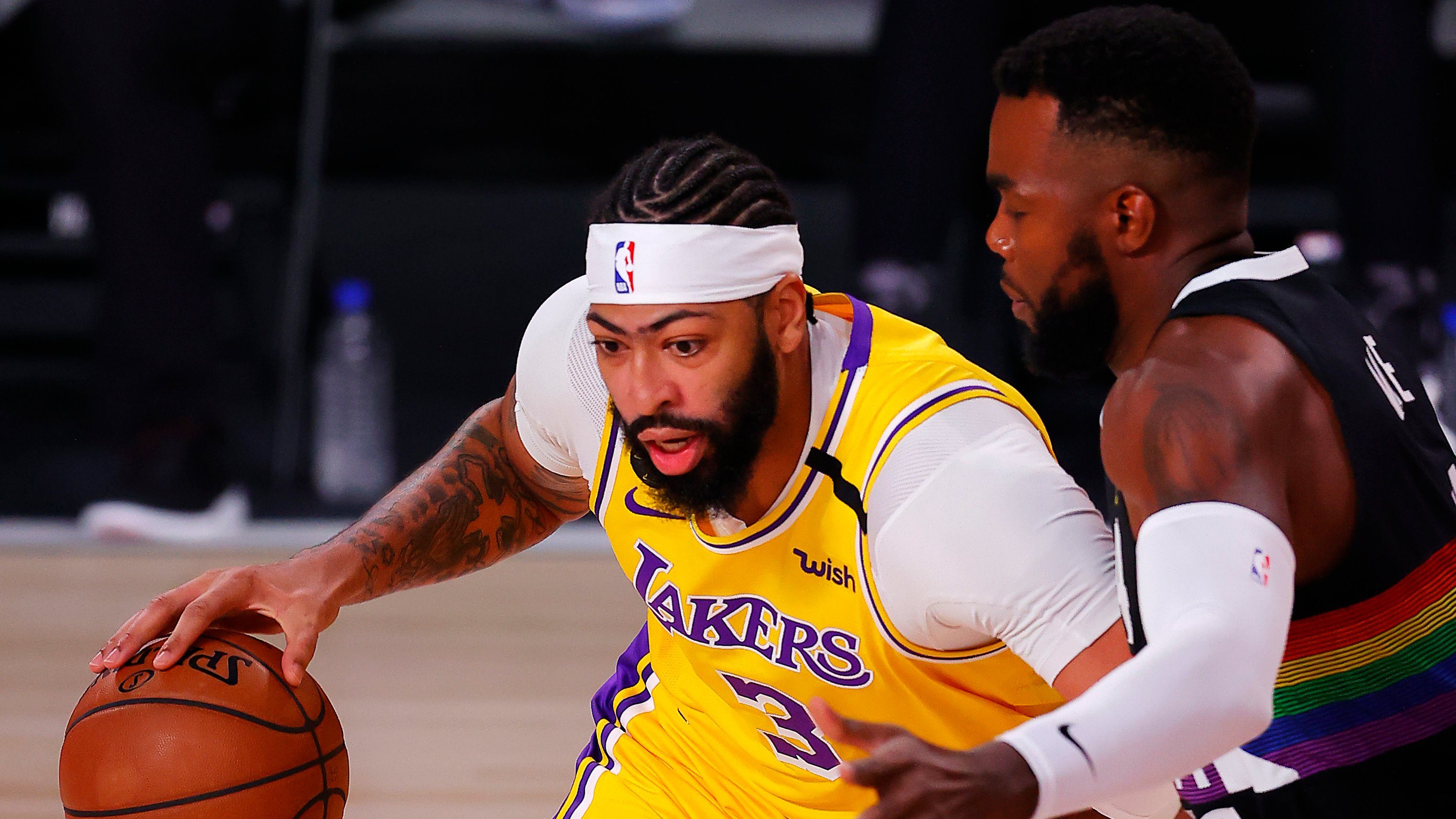 Anthony Davis set the tone offensively and LeBron James took over late as the Los Angeles Lakers moved on the verge of advancing to the NBA Finals for the first time in a decade.

Davis delivered a game-high 34 points to lead the Lakers to a 114-108 win over the Denver Nuggets in Game 4 of the NBA Western Conference finals on Thursday, September 24 (Friday, September 25, Manila time).

The Lakers seized a commanding 3-1 lead in the best-of-seven duel as they inched closer to their first NBA Finals appearance since 2010, when the late Kobe Bryant powered the franchise to its last title.

It did not come without a scare, though.

Up 96-92 with over 6 minutes left, Davis limped out of the court after landing on a bad ankle during a shot attempt, giving the Nuggets a greater chance of staging a comeback.

But Davis stayed and James took on the red-hot Jamal Murray on the defensive end as the Lakers prevented the Nuggets from scoring a field goal in the last 3:30 minutes.

Murray fueled the Nuggets’ fourth-quarter rally with some very difficult shots before he was checked by James in the last 4 minutes, where he missed all of his last 3 field goal attempts.

“He’s is one of the hottest guys in the bubble,” said James of Murray. “He’s very shifty to guard. I just use my length and athleticism, high hand him and meet him at the basket.”

Aside from clamping down on Murray, James also contributed on offensive in crunch time by scoring 4 big free throws that gave the Lakers 111-104 lead with a minute remaining.

James finished with 26 points, 9 rebounds, and 8 assists for the Lakers, Kentavious Caldwell-Pope had 13 points, while Dwight Howard chipped in 12 points and 11 rebounds.

Rajon Rondo came off the bench and added 11 points, 7 assists, and 5 rebounds in the win.

Murray churned out 32 points, 8 assists, and 3 rebounds as the Nuggets struggled with Nikola Jokic hounded by foul trouble.

Jokic put up 16 points, 7 rebounds, 4 assists, and 2 steals in just 36 minutes – Murray and Jerami Grant logged in 45 and 43 minutes, respectively.

This is the third straight series the Nuggets trailed 1-3 just like they did against the Utah Jazz and the Los Angeles Clippers in the first two rounds.

But if history is any indication – the Nuggets becoming the first team to overcome a 1-3 deficit twice in the same postseason – the real battle has just begun. – Rappler.com