Djokovic back in Australia ahead of Open 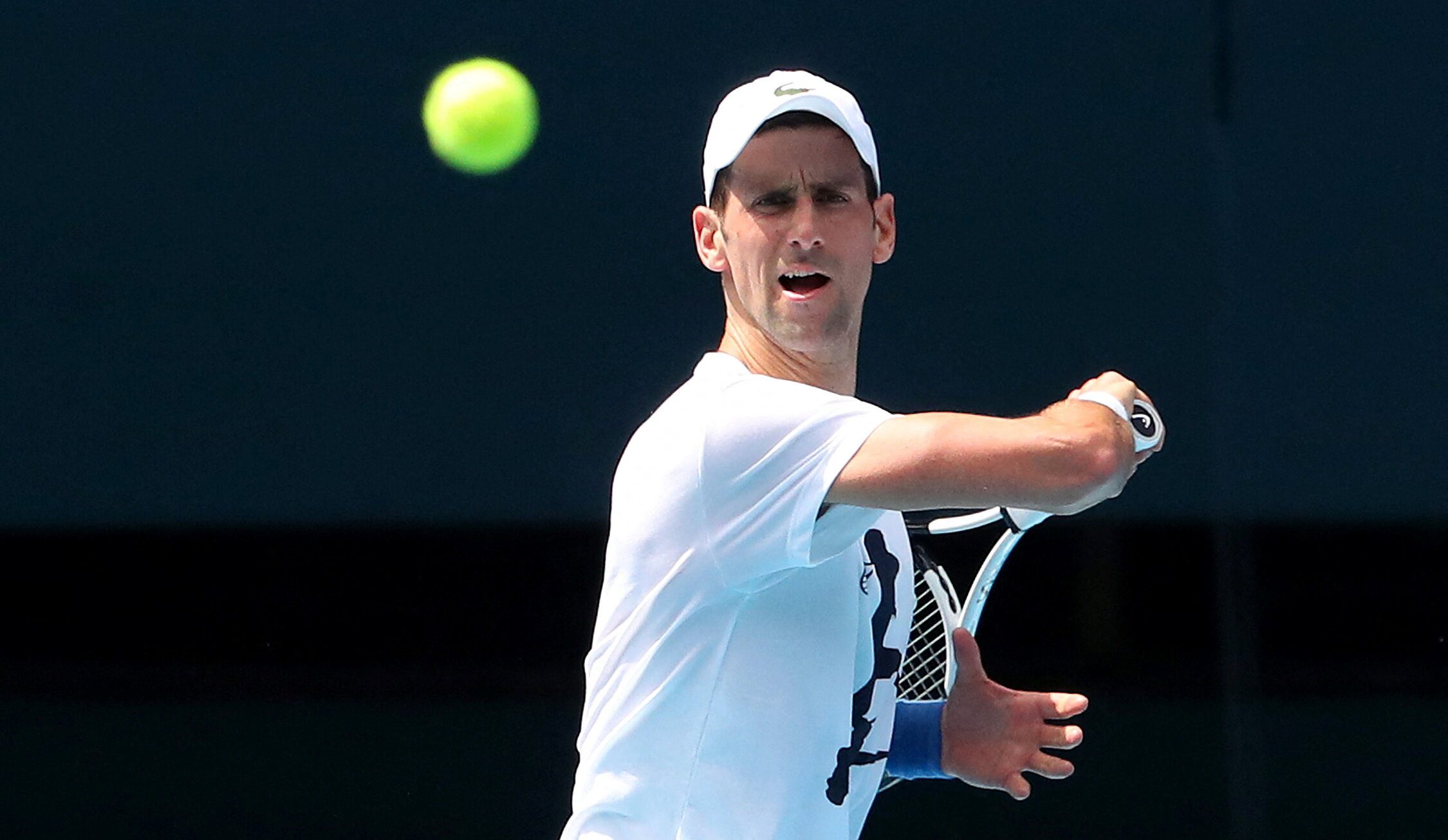 GETTING READY. Serbian tennis player Novak Djokovic practices at Rod Laver Arena ahead of the 2022 Australian Open in Melbourne Park.

Novak Djokovic arrived in Australia on Tuesday, December 27, nearly a year after he was deported from the country, ahead of his bid for a 10th men’s singles title at next month’s Australian Open.

The 35-year-old was deported on the eve of this year’s tournament in Melbourne after he arrived in the country without being vaccinated against COVID-19.

In November, the Australian government granted the Serbian a visa to travel to the Grand Slam event, saying it had decided to revoke the decision to cancel Djokovic’s visa after considering all relevant factors.

Since the cancellation of Djokovic’s visa in January 2022, all COVID-related border restrictions have been removed in Australia, including the requirement to provide evidence of vaccination status to enter the country.

A spokesperson for Tennis Australia confirmed that Djokovic had landed in Adelaide, where he is due to play in the Adelaide International beginning on Sunday.

Earlier on Tuesday, Australian Open tournament director Craig Tiley told reporters that Djokovic would be arriving in Australia and voiced hopes he would be welcomed.

“I have a great deal of confidence in the Australian public,” Tiley said.

“And I have a lot of confidence that the fans will react like we hope they would react and have respect for that.”

The former world No. 1 won the season-ending ATP Finals last month and will be favored to claim a 10th Australian Open crown, which would bring him level with Rafa Nadal on 22 Grand Slam titles.