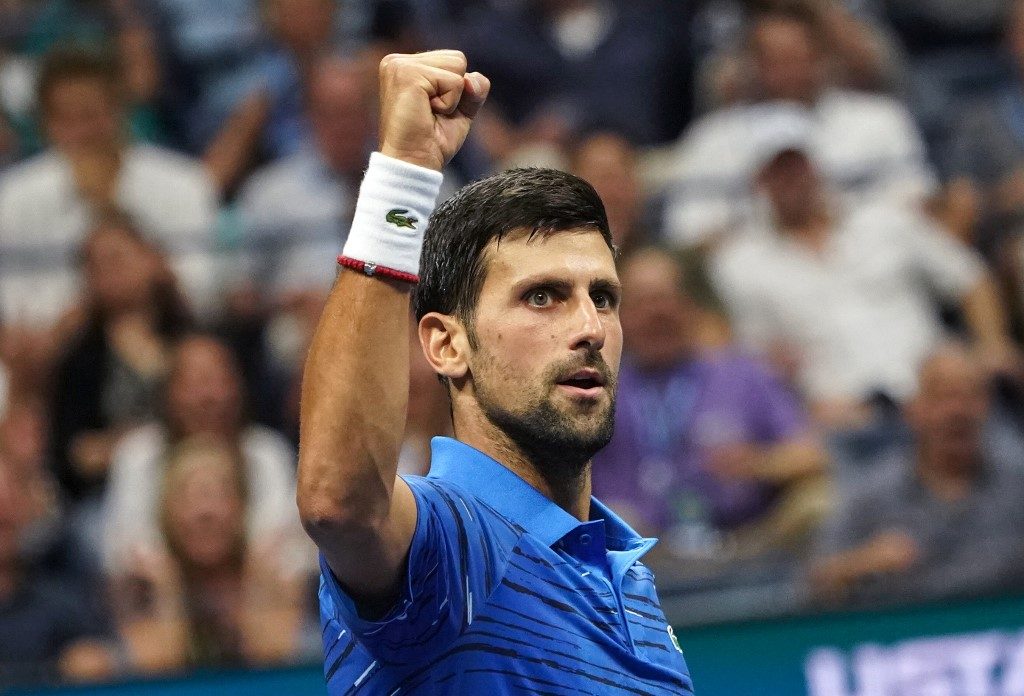 Novak Djokovic of Serbia celebrates during the Round Three Men's Singles match of the 2019 US Open against Denis Kudla of the US at the USTA Billie Jean King National Tennis Center in New York on August 30, 2019 (Photo by Don EMMERT / AFP)

Facebook Twitter Copy URL
Copied
Novak Djokovic closes out the 2020 season as world No. 1 for the 6th time

Novak Djokovic on Friday emulated childhood hero Pete Sampras by claiming the year-end world No. 1 ranking for the sixth time.

Djokovic, 33, was confirmed in the position after Rafael Nadal, the only man who could deny him top spot, opted not to play in the Sofia event next week.

“Pete was somebody I looked up to when I was growing up, so to match his record is a dream come true,” said Djokovic.

The Serb star, a winner of 17 Grand Slam titles, had already moved past Sampras’ tally of 286 weeks in the top spot in September.

Djokovic can go past all-time record-holder Roger Federer’s mark of 310 weeks on March 8 next year.

“To finish the year as No.1 is one of the most impressive achievements in our sport, one which requires sustained excellence across the season,” said ATP chairman Andrea Gaudenzi.

“To see Novak achieve this for the sixth time and match Pete’s record is simply incredible, and he continues to cement his place in the history books.”

Djokovic has compiled a 39-3 winning season, picking up 4 titles – a record 8th Australian Open, Dubai, the Cincinnati tournament, which was staged in New York, and in Rome.

However, he was disqualified from the US Open for hitting a line judge with a ball before his bid to win a second Roland Garros ended in a tame defeat to Nadal in the final.

Djokovic was virtually assured of ending 2020 on top of the rankings when he reached the quarter-finals in Vienna last month.

He was stunned 6-2, 6-1 by Italian lucky loser Lorenzo Sonego in the Austrian capital, suffering the heaviest loss of his career in a best-of-three sets clash.

“I have done what I came here for, securing the No. 1. And I’m completely fine with today’s result,” he said to some consternation.

Later this month, Djokovic will attempt to secure a record-equalling sixth ATP Finals trophy in London from November 15.  – Rappler.com